I’m particularly proud of Illinois legalizing marriage equality, as I was born in Alton, and then lived outside Champaign/Urbana for a few years as a kid. I can’t really claim it as my “home state,” as I was a nomadic Military Brat, but I’ve always been proud to be from the Land of Lincoln. Now even more so. 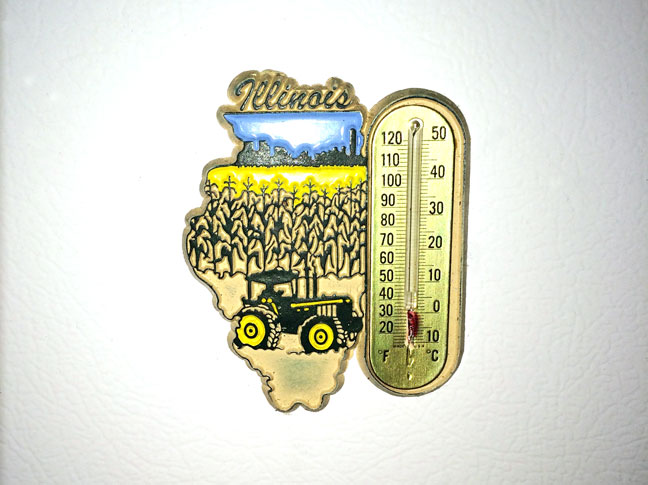 Speaking of being nomadic… Now with same-sex marriage in Illinois, my state of birth, the only other states I’ve lived in that need to get with the program are Oklahoma, Arkansas, Georgia, Texas, Colorado and Virginia. And also Japan. Still a lot of work to be done.

Speaking of work needing to be done… Did you catch this particularly hilarious segment on The Daily Show about the two states competing to be the last to legalize same-sex marraige? If not, put down your beverage and enjoy:

I’m posting photos of magnets as new states and countries fall into the AWESOME column on the side of legalized same-sex marriage! If anyone has magnets from any of the countries listed below, send me a photo of it and I’ll post it on the blog and give you credit!