What If You Found Out Your Husband Is Gay? 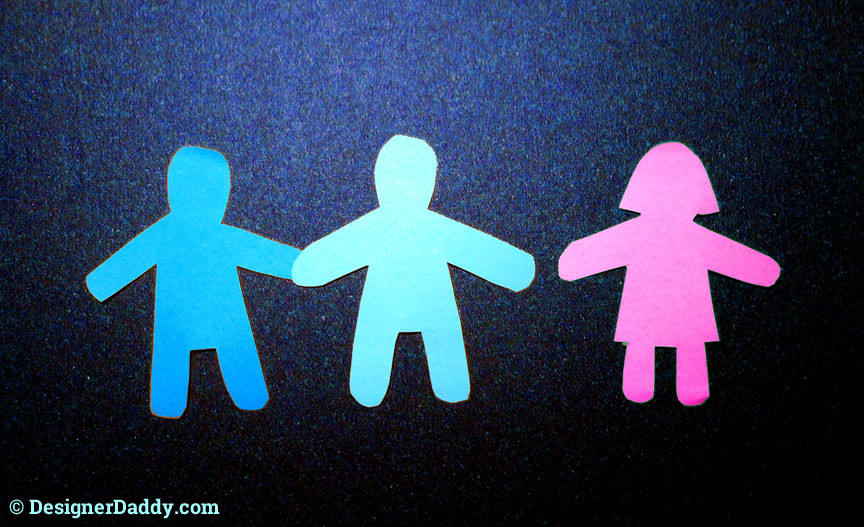 For the last few weeks I’ve been lending my Dad-wisdom (limited as it is) to The Madness of Mommyhood Facebook page. Wednesdays are “Dear Dad Day” where readers from among the page’s 55k followers ask questions of myself and the other sage dad bloggers in our group. On occasion I’ll be posting my Q&A’s here. This one is quite heartbreaking…

I need advice from a man. I am hurting so bad inside. I am 37 and I have been with my husband for 19 years this November, and we have two children together. I never in a million years thought I would catch my husband cheating on me. But he did, and it was with another man. I am confused and hurt. He is a good man for the most part. He provides for us and he has stuck by me through a lot of health issues. Sexually I have been lacking in that area due to having endometriosis and cervical cancer. I had to have a partial hysterectomy. I know there are other ways of pleasing him, which I have tried — more than I can count. But after awhile — especially the last year or so — I am just not in the mood.

I didn’t know he had an account with Yahoo and one day he left it open. I had seen conversations that he has [had sex] with men. Also, in one conversation he and this person were talking about my kids, and how “wives snoop so don’t forget to get rid of everything.”

I confronted him and he admitted it and said sorry, and that he doesn’t know why [he did it], but that he loved me and wanted to work things out. I love him more than anything. Counseling he will not do — he says it is a waste of time. I am trying to forget but the trust is gone. I don’t know if I can get it back. I am burying myself in my work and my kids.

Please can you give me some advice? It’s 19 years of my life that I am not sure I can throw away. My family knows he cheated on me but they think it’s with a girl. I just can’t tell anyone it was with a man.

I just want to say how much I feel for you. Yours is an incredibly painful and confusing position. And you have every right to be confused and hurt (and angry and a whole lot of other things). I really wanted to take your question, because I’m gay. I know you may not want to hear from a gay man right now, but I do have personal insight — at least into what your husband might be feeling and thinking — which I hope will in turn help you. First of all — his affair, lying to you, being attracted to men — it’s not your fault. AT ALL. Regardless of who it was with, he shouldn’t have cheated. And his attraction to men has absolutely nothing to do with you personally or how good you are in bed. However your husband being gay is not HIS fault, either. All evidence (and my personal experience) suggests people are gay or straight from birth. But due to whatever pressures are in a person’s life (church, society, family) many still remain in the closet into adulthood, oftentimes getting married in hopes the feelings will go away. I’m certain he didn’t set out 19 years ago to marry you only to break your heart and become attracted to men. But he is clearly, in my mind, gay. And that is not going away. I never married a woman, but I dated quite a few, each time hoping something would click, I’d fall in love and be physically attracted. I grew up in a religious home, so being gay was never an option. I know I broke the hearts of several women, though it never got as far as marriage or children. But I have many close friends who did get married, had kids, stayed with their wives as long as they possibly could, until it got to the point one or other in the marriage knew it was over. Some had affairs with men prior to divorce, some didn’t. Regardless of how your marriage ends up, you have the right to ask him to stop cheating on you. If that’s what you want, you tell him so. He needs to be a man, honor his wedding vows, and keep it in his pants while you figure out what to do next. Regarding counseling: If you’re hoping it will change your husband’s attraction to other men, then he’s right — it’s a waste of time. Take it from someone who spent nearly 10 years in therapy in attempts to “fix” my sexuality. But if YOU need the counseling — to work through your emotions, ask the questions you want answers for, and to just be heard — then go. Whether he goes or not, YOU GO. I personally think he owes you some counseling, if for no other reason than to talk together with someone about what to do next. I’m not going to say that there’s no way to save your marriage. I know of couples that have arrangements where they can have outside partners, as long as they come home to one another. Or they stay together “for the kids,” lying to them through it all. But I don’t advocate either of those scenarios, because they only keep the lies and deception going. And they continue to “throw away” your time and your life. Someday I hope you’ll be able to see your marriage as more than a complete waste. Right now I imagine that’s not possible. Don’t worry about other relatives — you can tell them if and when you want to. But for your sake, your husband’s sake, and for the sake of your kids, you need to be honest with them and yourself. Get some counseling, seek out support groups for women married to gay men (there are many), find private groups on Facebook or Yahoo with women in similar positions. You may feel alone, but you’re not.

8 responses to “What If You Found Out Your Husband Is Gay?”