Want a fun new way to teach animal sounds to your baby? It’s probably not this.

The only thing that could make this video more stupid/awesome is if it’s NOT a joke. 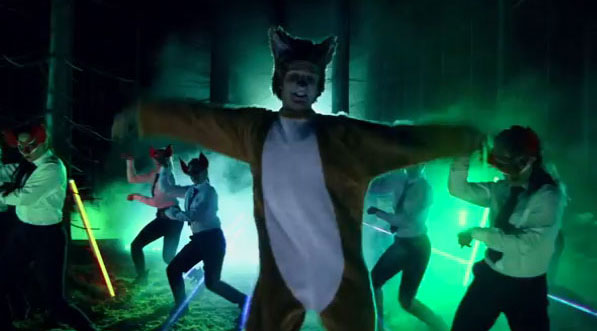 Bård Ylvisåker and Vegard Ylvisåker, AKA “Ylvis,” hail from Norway. Land of gnomes! And trolls! And apparently foxes and horses that communicate via Morse code.

These freaky furries also have a talk show, soon to start its new season. This video is a promotion for that. I may have to talk to my local cable company about adding TVNorge to our package.

I’m not familiar with Norwegian comedy, but knowing the country to be relatively peaceful and fair-minded, I can only assume Ylvis’ “The Fox” is a joke. But let’s just assume for a moment it’s not, and these guys are really insane, and that our coworkers or children or pets won’t mind us cranking this to eleven for a dangerously dumb dance party.

4 responses to “Want a fun new way to teach animal sounds to your baby? It’s probably not this.”