As a marketing/design professional and an admitted non-sports fan, the commercials truly ARE my favorite part of the Super Bowl. And last year’s big game featured an awesomely over-the-top spot from the Milk folks featuring Dwayne “The Rock” Johnson. Here’s a refresher:
.

In addition to all the humor, action and special-effects a Super Bowl spot requires, it also showcases the rarely-seen kick-ass Dad (or perhaps the most muscle-bound manny of all time) blowing off helpless kitties, banks being robbed, frightened old ladies, escaped circus lions and an alien invasion, all to provide the much-needed protein and essential nutrients for the munchkins in his charge.

As a follow up, The Rock appears in a new print campaign for Milk, continuing his portrayal of a super milk-powered hero, AKA #SuperMilkMan! He’s finally back to help out that poor, tree-stranded kitty: 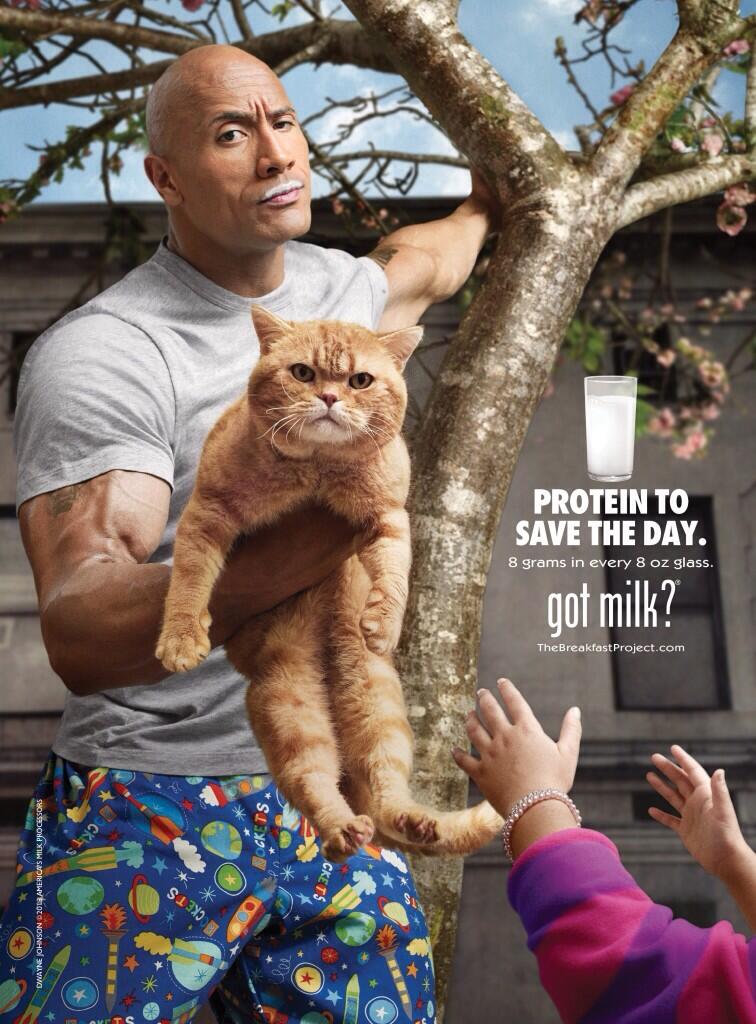 You might be thinking, Okayyy, milk’s great and all. But… whatthehuh?

Well, the fellows at Life of Dad helped Milk rustle up 25 dad bloggers to be Milk Ambassadors, to create an original video promoting Milk’s new ad campaign, and possibly win a trip to either LA or New York to meet The Rock* himself! And yup, I’m one of those 25 Official Entrants!

And here’s my video! Keep in mind the budget was much lower, but my costar is way cuter than a stupid cat:

So, for the love of all that is whole or skim, please tweet, share, like, twerk, etc. this post and the video so I win that trip to LA (I’ve been to NYC, so fingers crossed for Hollywood) and my son gets to meet a darn-near, real-life superhero!

Important sites and social media thingies and whatnot: 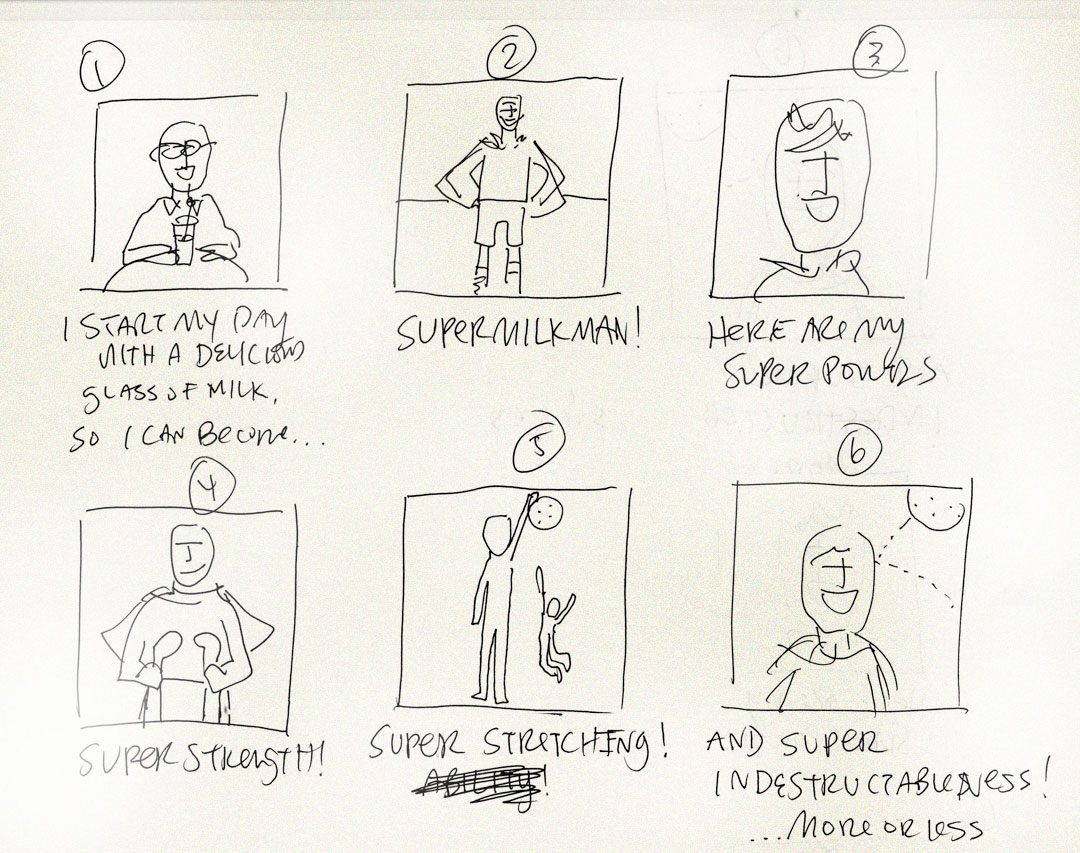 Behind-the-scenes celebrity gossip:
During this shoot, the antagonist (Energetic Toddler, played by JJ) — for the first time in his career life — refused to go outside to do the action scenes. He had to be bribed with a snack, a superhero toy, and of course a cold glass of milk. Truly a star in the making.

Exclusive Designer Daddy contest offer:
In the comments, name your favorite way to enjoy milk AND your favorite movie starring Dwayne Johnson/The Rock for a chance to win a custom pair of gauntlets, just like those worn by #SuperMilkMan! Contest ends midnight 9/6/13.

*Don’t tell anyone, but I’d be just as happy with a pair of those rockin’ space-themed pajama pants… Or more specifically, an XXL for me, L for Papa, and a kid’s size 4 for JJ. Just sayin’.

[Disclaimer: I am being compensated by Life of Dad, LLC for my participation as an Official Entrant in, and promoter of the #SuperMilkMan Contest. Regardless, I only recommend products or services I use personally and believe will be good for my readers. All opinions are mine and/or JJ’s.]

10 responses to “#SuperMilkMan to the Rescue!”