Feeding a Toddler is One Big Game

Okay, so maybe that title isn’t the most revelatory ever. But once in a blue moon I have a moment of true parental creativity. I want to savor those moments, as they are few and far between. So this is me savoring…

Like any average toddler, JJ is a picky eater. I don’t even know why you would qualify a toddler’s eating habits as “picky” — it’s just understood. Sure, there’s the occasional hippie/hipster-type who’s little lamb has been vegan/organic/locally-fed from the womb. Don’t you just wanna slap those parents with a cold fish stick?

One of JJ’s favorite snacks are gummies. For a long time he ate only the Gerber ones, which seemed all fruit-filled and healthy. Then he got seduced by the Dark Side, and now joneses for Spider-Man, Batman, or <shudder> Teenage Mutant Ninja Turtles-flavored gummies. I can only imagine what manor of chemical imbalance is found in them. But I’ve all but convinced myself they’re still fruit-adjacent, and certainly better than soda, hard candy or Doritos. (Hands off, those are Daddy’s)

We were in Connecticut visiting family over the July 4th holiday, and I ran into a Whole Foods to look for the snooty dog food we forgot to bring (for the dog, just to be clear), and I saw these beauties at the register, looking very natural and juicy and non-turtle shaped: 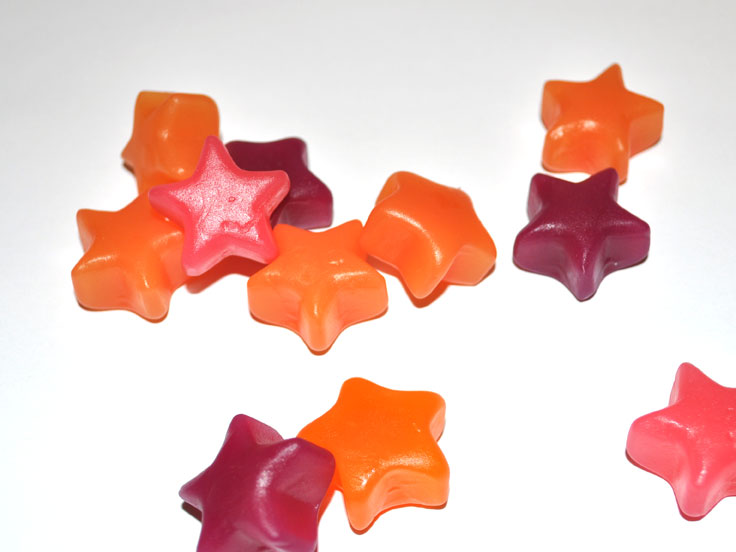 Where in heaven can I find some more?!?

They were labeled with a small white sticker, “Juju Stars.” I snapped them up and then promptly forgot about them.

Fast-forward to Wednesday, and the nightly battle over dinner is in progress. Unless his afternoon snack is timed just right, JJ won’t be hungry at a normal dinner time. It might also have something to do with the tides or cicada migration or something. Who knows? Furthermore, we’re not only arguing that it’s time to eat, but also what to eat, how much to eat, and of course STAY. IN. YOUR. CHAIR.

Then I notice the Juju Stars sparkling on the counter in their little generic plastic cup. Bells, whistles and the Dora theme go off in my head…

“Hey buddy! Do you want to play a game?”

“How about I give you one of these MAGIC DORA STARS* for every bite of food you eat? How many stars do you think you can win?!?” My voice was probably sounding a bit crazed at this point as I tried to amp up his excitement.

So the game began. And he ate a fish stick. Then another. Then his spinach patty. Then drank his fruit smoothie. “DUDE! You won ALL FIVE STARS!”

And yes (THANK GOD IN HEAVEN) he liked them.

The game has now been played (and won) for the last three feedings. Woohoo! Daddy wins, too!

But now we’re out of stars. And I Googled the hell out of them, and only found a couple of old photos from 2010. Looks like Daddy will be playing Find the Juju Stars all day tomorrow. 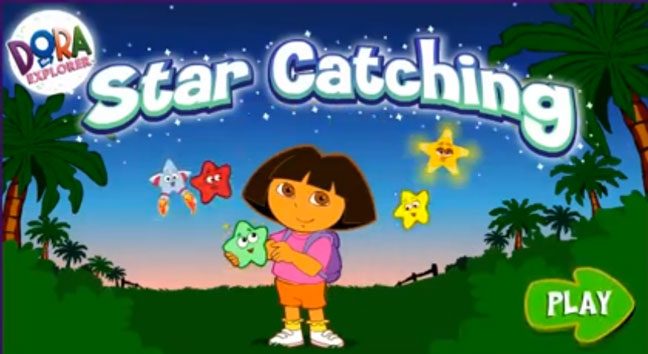 *If you’ve watched much Dora the Explorer, you know there are occasional episodes that feature these annoying stars she has to collect on her adventures. Because the show wasn’t already enough like a video game. One morning JJ and I stumbled across this video on YouTube, while having “VIDEOS TIME!” on Daddy’s computer. It’s a video of a video game. So each time JJ begs to watch it, he tries to click on the big green PLAY button, and it pauses the video. DUDE. It’s not going to work. Let’s move on, PLEASE. How about I give you a gummy star?!?
.

11 responses to “Feeding a Toddler is One Big Game”