I owe you all an apology — I plum forgot ’bout the My Two Daddies T-shirt Photo Contest I put up over on the Facebook page, what with all the Fathers’ Days, Pride parades, meeting superheroes, interviews, trips across the country and Supreme Court shenanigans going on.

But Designer Daddy keeps his promises, whether they’re on time or a couple’a weeks late…
. 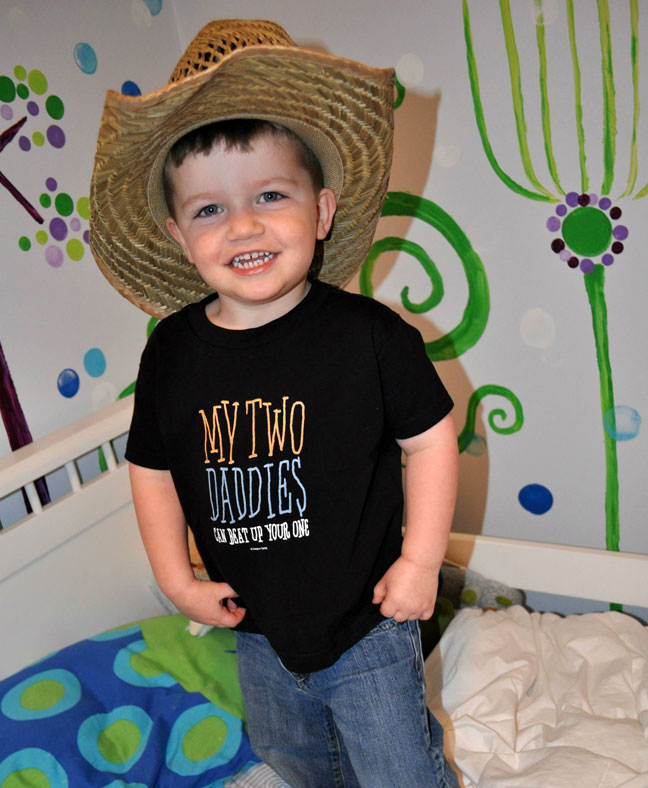 Ain’t this just the darned cutest kid y’ever did see?

And here’s yer runner up…
. 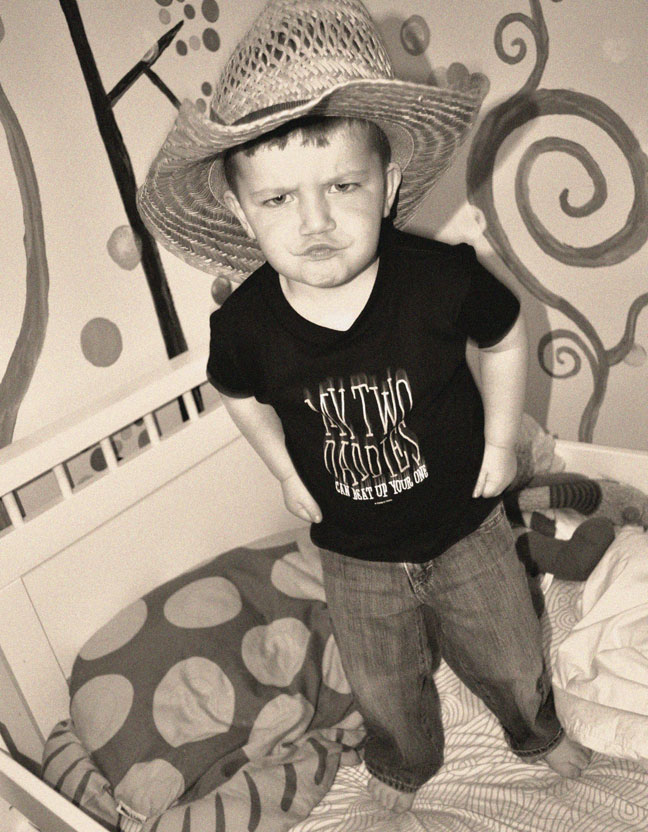 From the bunch of you that chose the winning photo, I had JJ draw a name out of the very hat on his head. And the winner is…

And in case you forgot, Silvio wins a free t-shirt from the Designer Daddy store!

Thanks ever’body for votin’ and readin’ and generally being awesome. Want to be even awesomer? Then how ’bout making a donation to Family Equality Council as part of the My Two Daddies Fundraising Hoedown?* Even a buck or two will be fine & dandy!

Thanks again, and y’all come back real soon, y’hear?

*My original goal was to raise $500 by the end of June, both from the Family Equality page and the sales of the “My Two Daddies” single. However, iTunes doesn’t release sales figures until after the first 2 months of sales, so I won’t know where I’m at for another month. Oh yeah, go buy the single if y’ain’t done that yet, neither!