Whoever decided End of Year lists had to be done by the end of the year are just poop-head literalists who clearly don’t have anything better to do than tell us how cool they are.

Now that I have that out of the way… This is my sixth year** posting a Top 10 Albums list (Top 40 Songs to follow…eventually), but the first time on Designer Daddy. In case you’re asking, “How is this dad-related?” – as far as I know, it’s not. But I’m the dad of this blog, and that’s why. I’m also the style maven (Is there a male counterpart to maven? Master? Manven?) and arbiter of all that is hip — in my house at least — so it fits quite nicely in my wheelhouse, thankyouverymuch.

Please enjoy and be sure and let me know YOUR favorites of 2012 in the comments! 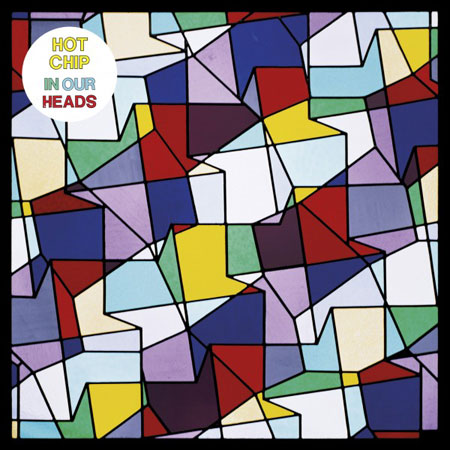 Hot Chip has a great knack for crafting songs that are both danceable and heartfelt. As with their last album (One Life Stand), In Our Heads thumps and simmers with lots of energy and emotion, both blissful and deep.
Choice tracks: Night and Day, Motion Sickness, How Do You Do? 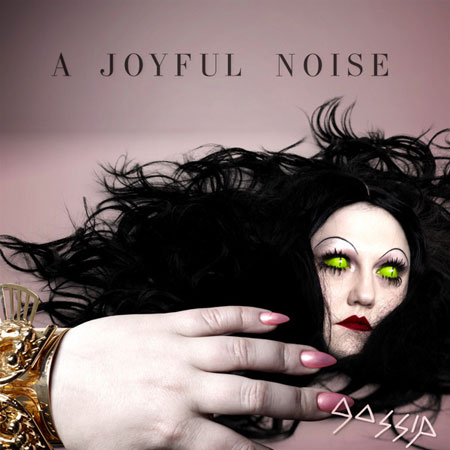 My favorite band outta Arkansas is back in a joyfully noisy way. Their latest jumps with much of the vigor that infused frontwoman Beth Ditto’s dance-heavy 2011 solo EP, while still maintaining the brashness of their early work. Big and bold, A Joyful Noise is packed with powerful pop, sassy soul and funky funk.
Choice tracks: Love In A Foreign Place, Move In The Right Direction, Get A Job 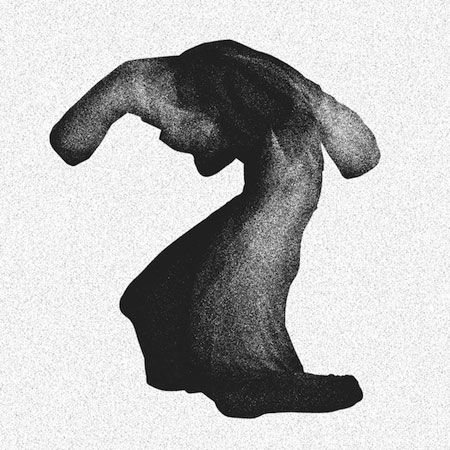 Fragrant World didn’t blow me away on the first listen like its predecessor, 2010’s Odd Blood. Yet by the end of the year it had become my go-to album for whenever I needed an introspective, yet groovy (I always need the groovy) chill pill.
Choice tracks: Henrietta, Folk Hero Shtick, Longevity 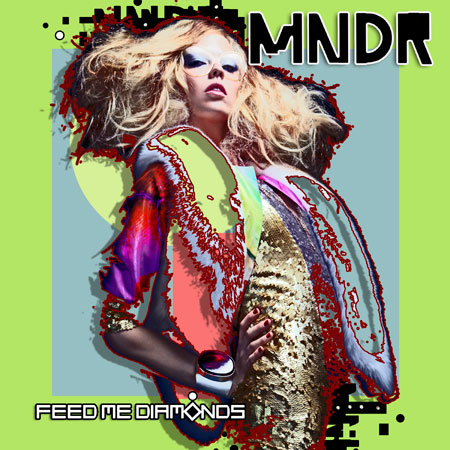 MNDR first landed on my radar in Mark Ronson’s video for “Bang Bang Bang,” where she rocked her big-ass glasses and vinyl harem pants like no other. Her first full-length album is as fun and colorful as her getups, and packed with big-ass 80s-soaked dance pop — again, like no other.
Choice tracks: Faster Horses, #1 In Heaven, U.B.C.L. 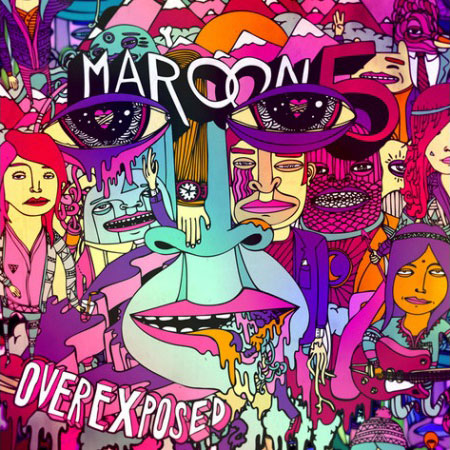 I imagine if I listened to the radio or watched “The Voice” I would indeed have been overexposed to Maroon 5 this last year. Lucky for me I was limited to seeing Adam Levine getting his arm ripped off on “American Horror Story” and listening to Overexposed on my own terms. Since their debut in 2002, I’ve gone in and out of liking/tolerating them. But I have to admit these catchy, well-crafted tunes had me in their clutches in no time. Plus, the crazy/juicy cover art reminds me of the color-by-number posters I used to have as a kid.
Choice tracks: One More Night, Sad, The Man Who Never Lied 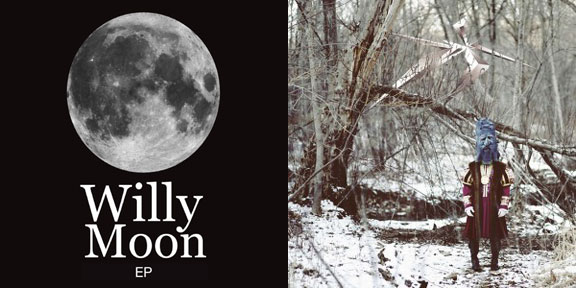 Two of my favorite under-the-radar artists didn’t put out full albums, but they did release a couple of singles and an EP each. Willy Moon has never put out a proper LP, only teasing with one nifty single after another. After debuting with “I Wanna Be Your Man” in 2011, Willy made his biggest splash yet when his “Yeah Yeah” was used in an iPod commercial. I’m still waiting for this long, tall, retro rocker to do fans a solid and give us the full Moon. Vincent Did It was a temporary name change for Frankmusik, who was apparently having Prince-type issues with his record label. But between The SOPA Opera EP and “Fast As I Can” (a single released as Frankmusik, from a rumored album-to-be) Vincent/Frank did just enough to tide me over.
Choice tracks: (Willy) Yeah Yeah, Railroad Track; (Vincent/Frank) Somebody, Fast As I Can 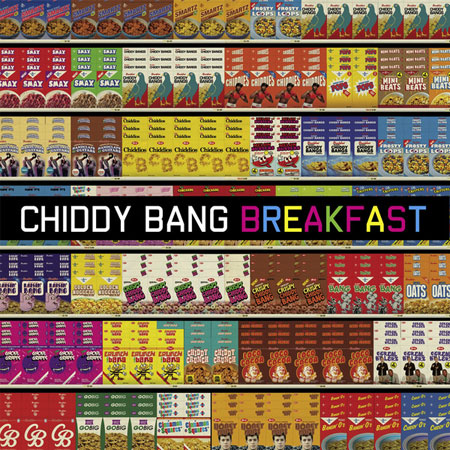 Another artist whose every morsel I’ve been gobbling up, which in Chiddy Bang’s case has been multiple mixtapes, EPs and guest spots… everything but a full-course album. Finally the fast is broken! The Philly hip-hop duo have culled the yummiest sample-laden treats and served them steaming hot with a side of cool, freshly-squeezed beats. (Was that enough food puns for ya?)
Choice tracks: Mind Your Manners, Whatever We Want, Ray Charles 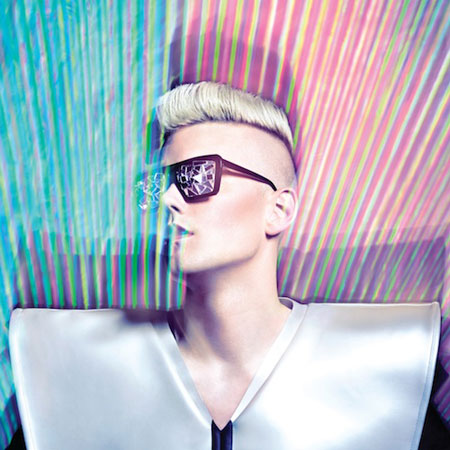 I originally bought this album for the single “I’m Just Me.” I can’t remember where I heard it, which is the case with most new music I find. (Probably in the background on some crappy CW show, if I’m being honest) I was super keen on John O’s (Diamond Rings’ “real” name) monotone voice as it drowned in a supersized sack of synth. Kind of A Flock of Seagulls-y. A wee bit Bowie-ish. And he looks like Max Headroom dressed as Ace Frehley, so there’s that. But what transported me full-on back to 1984 was “Runaway Love,” a chunky, soaring ode to loving with abandon. It totally could have played over the end credits of every film in John Hughes’ teen oeuvre. Now if only Jake Ryan would notice me…
Choice tracks: Runaway Love, I’m Just Me, A To Z 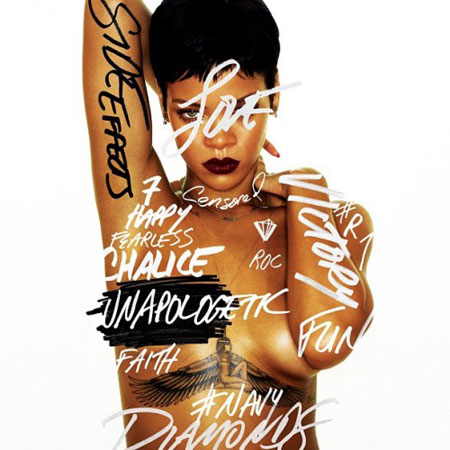 While I’ve been a fan of RiRi’s singles since “Pon De Replay,” each of her albums has had enough syrupy, slow-jam clunkers to keep them off my Top 10 list. But Unapologetic crushed that cycle with an actual collection of cohesive songs. The fact that my two favorite tracks are ballads (“What Now” and “Stay”) is enough to keep the disc in frequent rotation. Most of the songs, whether upbeat or downtempo, have a current of melancholy…the brightest spot being an “Off the Wall”-era Michael Jacksony duet with some dude named Chris Brown.
Choice tracks: What Now, Diamonds, Right Now, Stay 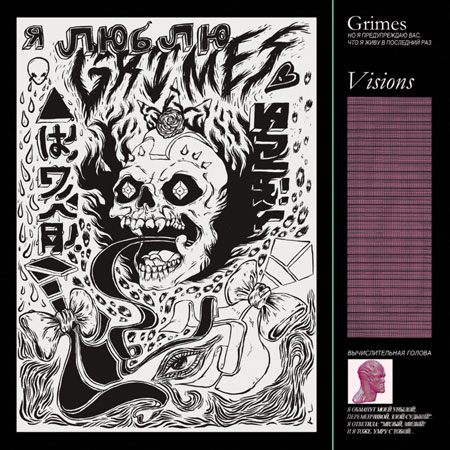 Early in 2012 this album cover started to show up on my favorite music blogs, and I thought “Ack! What is this death metal shit doing here?!?” Yes, I was judging this book by its cover, which is still so bad it’s… still very bad. Yet out of curiosity, I finally took a listen (PMA, KKS and RCRDLBL couldn’t all be wrong) and was swooning in no time. Like the love child of Kraftwerk and Cocteau Twins, singer Claire Boucher’s voice spans the vocal universe from soft and sultry to techno-tweaked and squeaky. I know it sounds weird, and it is. But don’t judge — it’s a weirdly beautiful vision, and I can’t wait to see/hear/feel more.
Choice tracks: Oblivion, Vowels=Space And Time, Genesis

*The Grammys air Sunday, February 10th on CBS. If you care. I haven’t cared in many a year (probably since Outkast cleaned up), and there won’t be a lot of crossover between my list and the Grammy winners. I just needed something to justify me posting a “Best of 2012” in February of 2013.