The Injustice of Being Wonder Woman

Last year I reached my pinnacle of Fatherdom by forcing the hand (at least in my mind, anyway) of toy giant Fisher-Price into producing an Aquaman figure for their Imaginext line. But in my original suggestion posted on FP’s site, my request was for both Aquaman AND Wonder Woman. At that point, the only female character they featured was Catwoman (a villain) and I thought it a travesty DC Comics’ most powerful female — and arguably 2nd most powerful hero, period — wasn’t already included. 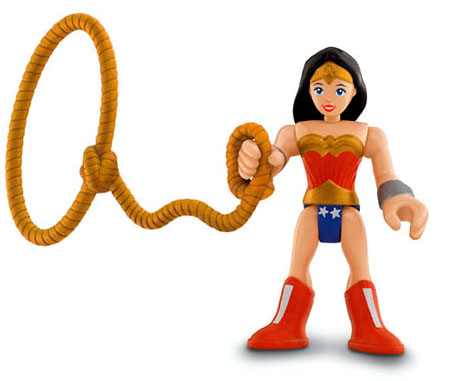 Fast-forward a few months and… Great Hera! The collection now features two new females: Harley Quinn (another villain) and my girl Wonder Woman! The photo on the Fisher-Price site (above) looked pretty nifty, sporting a healthy glow, super chunky bracelets and of course wielding her “Magic Wope!” So I snapped one up. 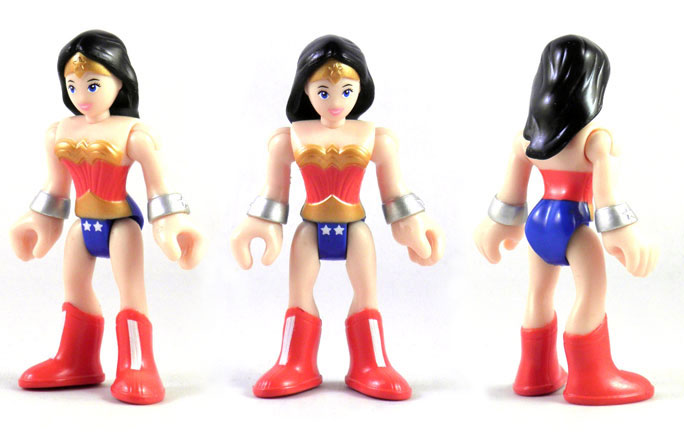 Okay, maybe I’m exaggerating a bit. But I’m not completely off base, am I?

Prior to this figure, I’d found a couple of iterations of the Amazon Princess that, while smaller than the Imaginext toys, were acceptable alternatives. JJ didn’t like playing with them, though — the legs didn’t bend, making it impossible for them to sit and frequently difficult to even stand. But compared to the new one, these feisty figures displayed more of the strength and confidence that Wonder Woman embodies — check out that “Don’t F with me, fellas!” expression or the fierce, full-body armor* and pokey sword! 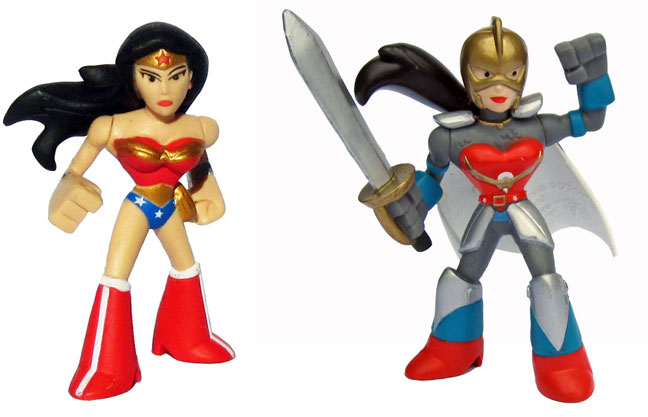 Why is having a well-rounded Wonder Woman action figure so important to me? Aside from wanting my son to grow up appreciating, admiring and yes, even emulating smart, powerful women, Wonder Woman’s also the one superhero he’s actually met! 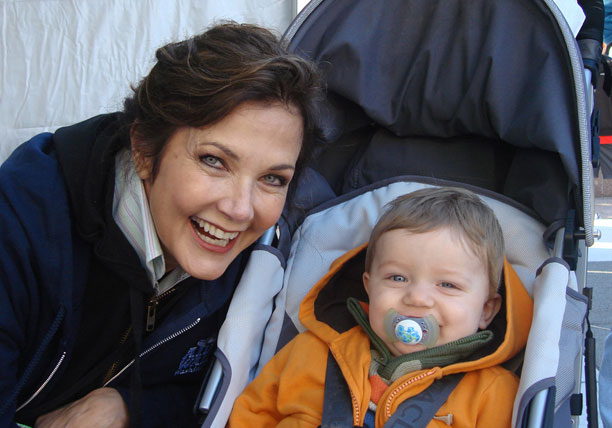 Contrary to appearances, Lynda Carter is not my child's biological mother.

Lynda Carter emceed the AIDS Walk in DC a couple of years ago, where we got to meet her briefly. This photo is proudly displayed in my office among my animation cells, prints and action figures. Having watched bits of the 70s TV show on YouTube, JJ sees this now and boasts, “That’s me and Wonder Woman!”

Am I being overly picky about a 3-inch toy? Sure. Will my son’s vacant-looking action figure influence his opinion of women as he matures? Probably not. Could Fisher-Price have taken a couple more passes at the design and given her a less pouty mouth, possibly made her a bit tougher-looking? Definitely. As the only female superhero my son plays with, Wonder Woman should hold her own — not only against Clayface, Dr. Doom and the other bad guys, but alongside Superman, Batman and Hulk as the powerhouse she is. Not the inflatable plaything this version resembles.

Until I can convince FP to reboot their Wonder Woman (not holding my breath), I’ll share a couple of Wonder Womans (Wonder Women?) that better represent her true character, as well as her wondrous gender: 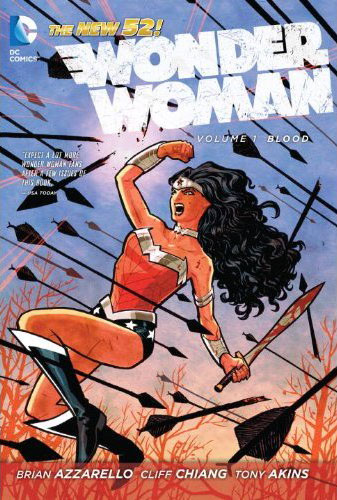 Wonder Woman: Volume 1 – Blood
Definitely not suited for little kids, this volume collects the first six issues of DC’s current run of Wonder Woman comics. She’s still a statuesque wonder, but she’s compassionate, brave, and brutal when necessary. And the artwork is a stylish, welcome change from past hypersexualized versions. Rated T for Teen. $10.19 on Amazon 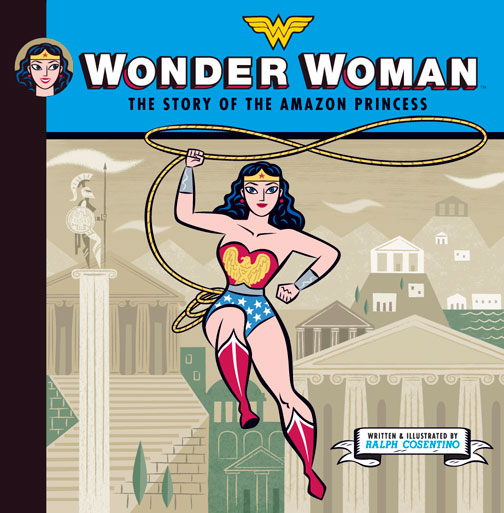 Wonder Woman: The Story of the Amazon Princess
A perfect primer for young kids (boys included), portraying Wonder Woman in a hardcover picture book. A simple and entertaining retelling of her origin story and her mission to teach peace and help humankind. Ages 3 & up. $11.55 on Amazon 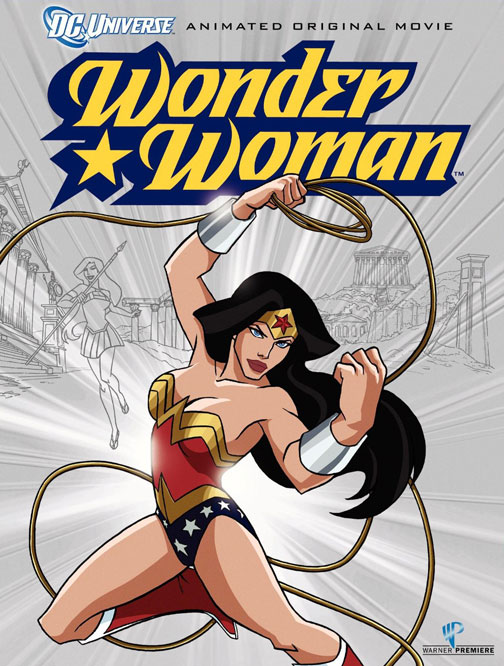 Wonder Woman
Gorgeous animation and epic storytelling, this is one of the best on-screen depictions of Wonder Woman in ages. PG-13. Available as DVD, Blu-Ray and Instant Video 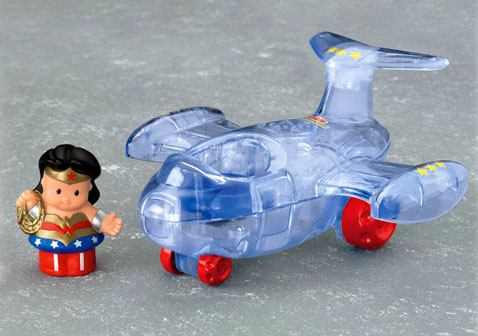 Fisher-Price Little People Wonder Woman & Invisible Jet
They do get it right sometimes! 🙂 Adorable Wonder Woman figure and translucent jet that plays a variety of messages and sound effects when you put her in the cockpit. Ages 1-4 years. $15.00 on Amazon 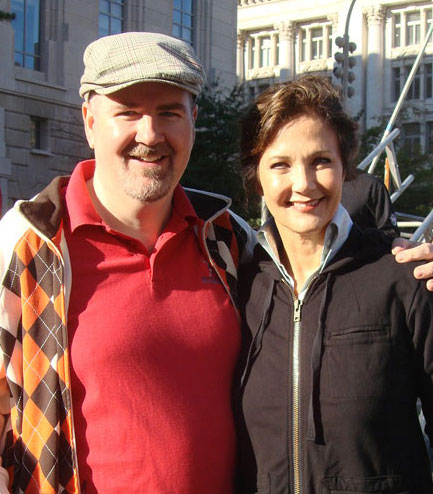 *The skimpy costume Wonder Woman is most recognized for has been written about and debated for ages. I’ll save that topic for another post…

9 responses to “The Injustice of Being Wonder Woman”