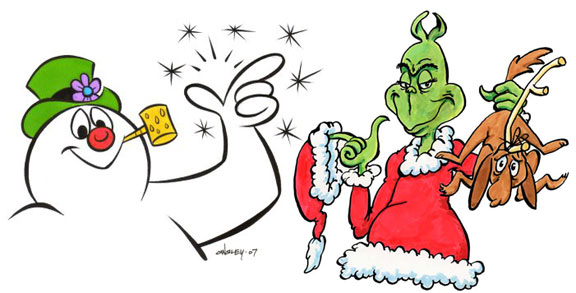 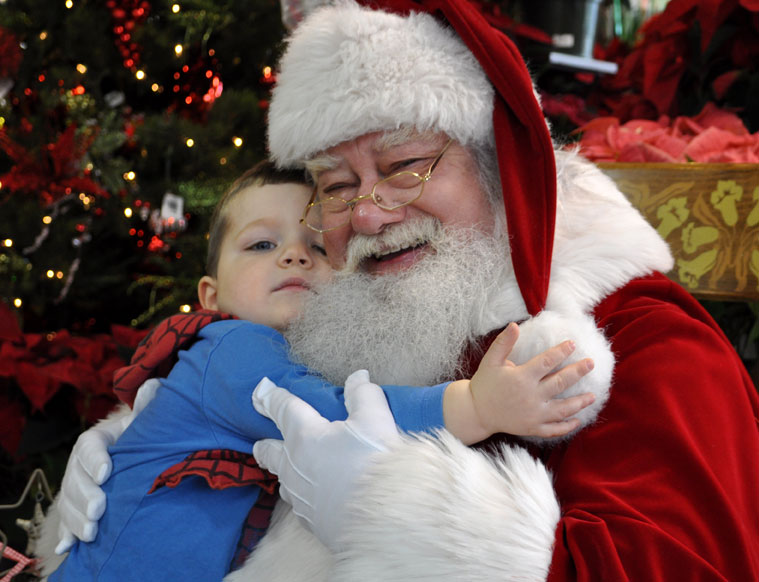 10. Christmas
This was the first year the concept of Christmas really sunk in for JJ. Early in the season, I introduced him to How the Grinch Stole Christmas and Frosty the Snowman, which he watched on a loop. In addition to the theme songs from those shows, “Santa Claus is Coming to Town”, “The Little Drummer Boy,” and the barking dogs version of “Jingle Bells” were on heavy rotation on our rides home from daycare as we meandered home stopping to look at Christmas lights. And he met Santa for the first time, which was adorably awesome. 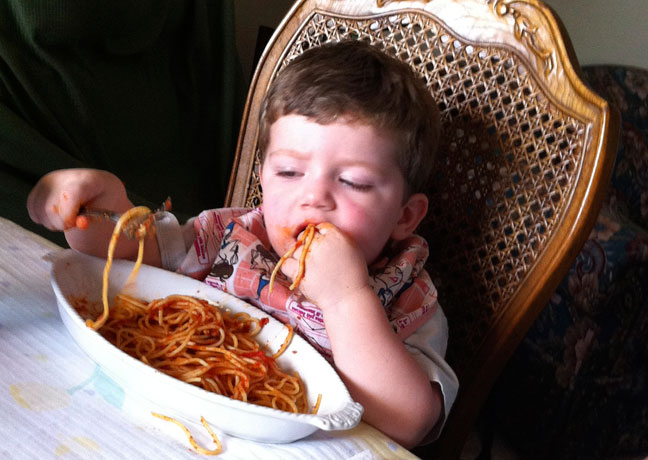 9. Spaghetti
Basketti was our saving grace in Italy. After a couple of days of eating only gummies and cereal bars, we were starting to get worried JJ’s appetite wouldn’t kick in. But Nonna plopped an enormous (we’re talking serving platter size) bowl of spaghetti in front of him, and much to everyone’s relief, he inhaled it. Bonus: The most-requested Daddy Bedtime Song was “On Top of Spaghetti,”… JJ refers to it as “Meatball Song,” which actually makes more sense. 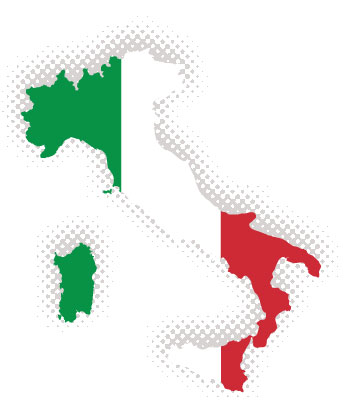 8. Italy
Speaking of Italy… As I’ve said/shown in previous posts, our Italian excursion was by far the highlight of our family’s year. It’s only this low on the list because it lasted a (too) brief 10 days. So to give the trip its due, here are JJ’s top 10 things just from Italy (you’ll notice the absence of “10-hour plane ride”): 1. Nonna & Nonno (tied for first), 2. Rocky the Rooster, 3. Cousin Geatano, 4. taralle, 5. spaghetti, 6. feeding the giraffes, 7. The Beatles, 8. American cartoons in Italian, 9. Italian cartoons, and 10. the bathroom door in our hotel room, which rolled open and shut and had no lock. 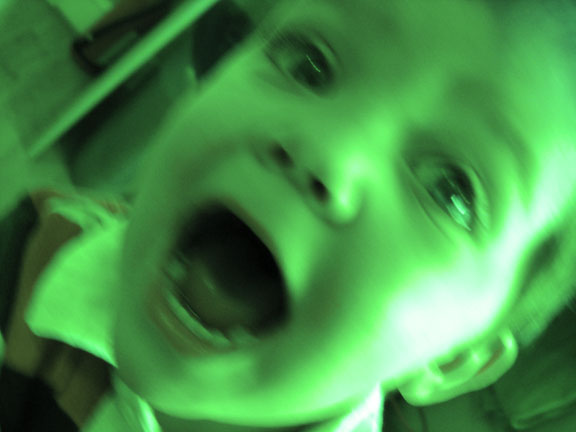 7. Green
One of the first things anyone asks JJ when they see him playing with superheroes is “Who’s your favorite?” I never understood the need to ask that, unless there’s something telling about a child’s development or future profession based on if they dig Spidey or Supes. And JJ didn’t get the concept initially. He gets it nowadays (I think) and Spidey seems to be winning more often than not. But something that’s been definitive for the last couple of months is that his favorite color is green. I don’t know what prompted this decisiveness, but I never get tired of hearing him say “My favowite cuwah is GWEEN!” And good for green. Most people  — kids, adults, my design clients — never choose green. Maybe this means JJ will grow up to be an environmentalist. Or a billionaire. Or The Incredible Hulk. I’d just be happy if his love of green eventually applied to his food choices, too. 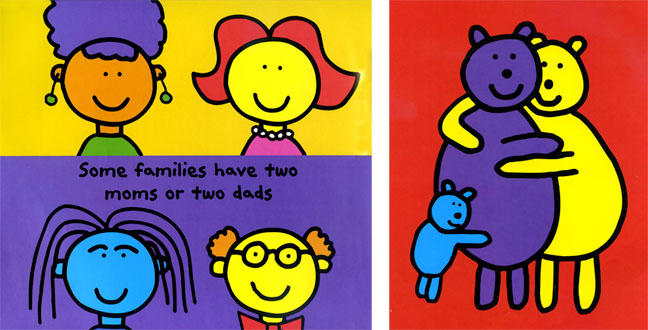 6. Todd Parr books
It’s hard to pick just one or two (or three) of JJ’s top books from the last year, so I’m picking the family favorites. We love Todd Parr’s books because they feature wonderfully simple words, illustrations and concepts; they’re inclusive of same-sex parents and adopted kids (as well as many other “non-traditional” families); and because each one ends with a personal message, signed “Love, Todd.” To which JJ always responds, “Thanks, Todd!”

Yes, thanks Todd. Thanks very much. Our picks: “We Belong Together: A Book About Adoption and Families,” “The Daddy Book,” “The Family Book” 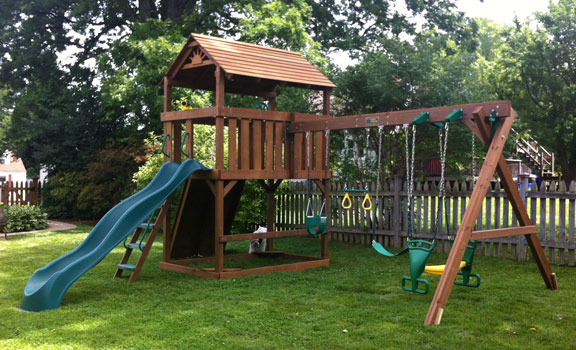 5. The Swing Set
Big props to Papa for initiating and researching this one. And thanks to Creative Playthings for having such an awesome showroom for us to check them out — we thought JJ’s head was going to explode as he was running around trying them out. In addition to its intended uses, it also makes a great Batcave or pirate ship — to which Daddy (AKA The Joker AKA shark) is even sometimes allowed. 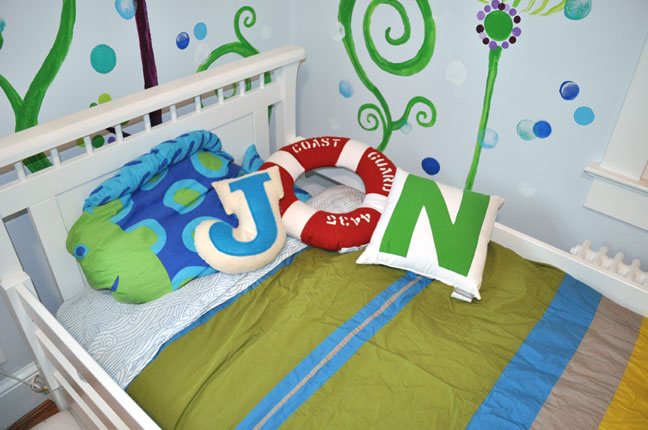 4. The Big Boy Bed
I admit every now and then I miss JJ’s crib-bound days, when he was so safe and cozy (and contained). But he LOVES everything about his Big Boy Bed: deciding whether to climb over the rail or up the steppy stool; story time with Papa or Daddy; crawling around underneath it, picking up dust and forgotten pacifiers. He even got to be a part of the adventure of picking it out (at Great Beginnings, highly recommended), and is always proud to show it off to visitors. I’m particularly proud he can spell his name with the awesome pillows his Designer Daddy picked out. I had a great time with this version 2.0 of his room, mixing in awesome stuff from The Land of Nod, Wry Baby and finds from Etsy. For info on where to buy the linens and pillows, check out my Pinterest board. 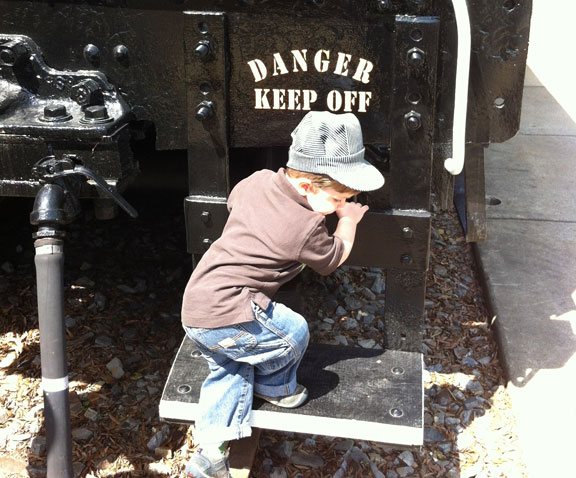 3. Climbing/jumping
If he’s not sleeping, he’s doing these. His favorite places to do so are #s 4 and 5 on this list, but any surface or structure will do. Part monkey, part Spider-Man, all boy. 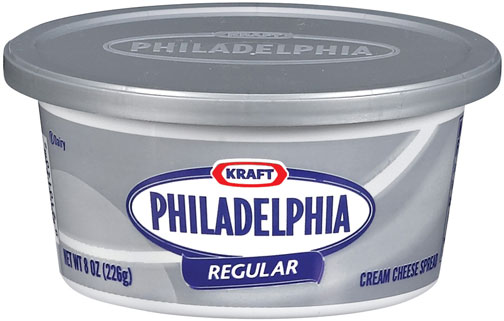 2. Cream cheese
The go-to food. For breakfast, lunch, dinner or snack time; at home, daycare, Grandma’s or on the road; in sickness or in health — you smear some cream cheese on it, he’ll eat it. 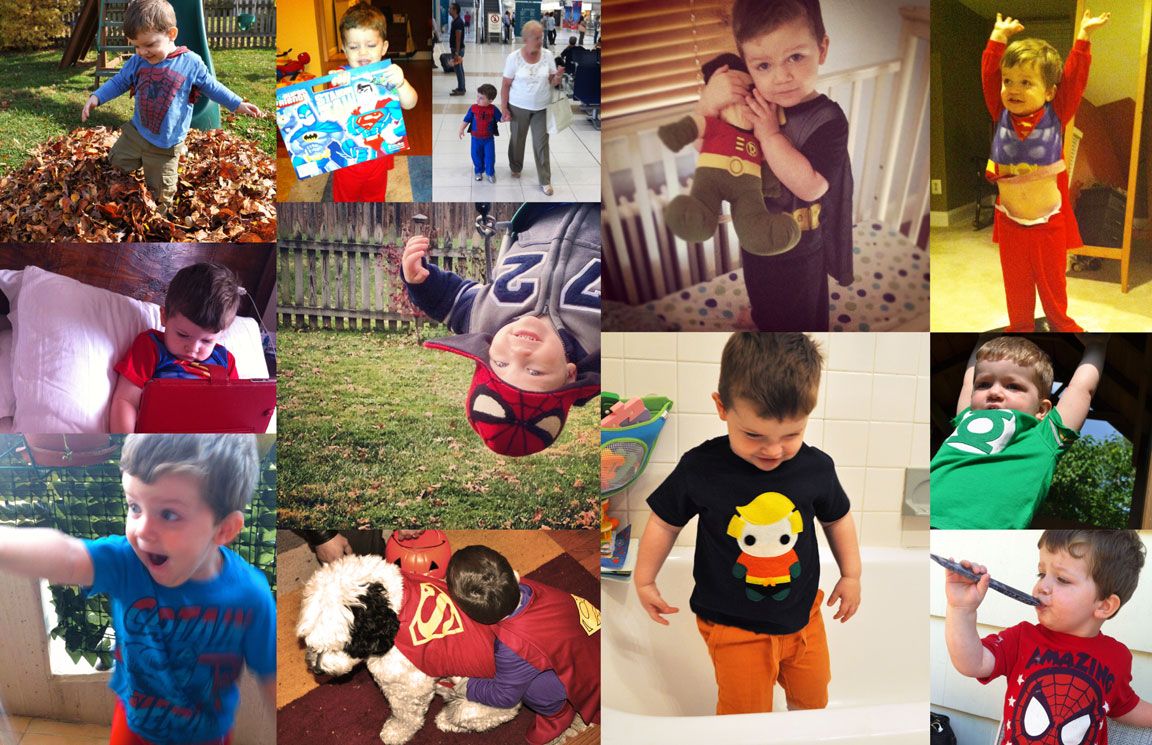 1. Superheroes
Superheroes permeate almost every aspect of JJ’s little world: the toys he wants to play with, books he wants to read, clothes he wants to wear, apps he wants to play, shows he wants to watch, and pretty much every game of make-believe he initiates. And I take full responsibility. While I may not be able to impart a vast knowledge of sports or classic cars to my son, you can be damn sure he knows every word to the Spider-Man theme song, that Superman’s dog’s name is not Superdog, and the difference between a hammer, a mace, and a trident. And that the good guys always win.

So before we get too far into THIS year, what were the toys, shows, food, or doodads that topped your kiddo’s list in 2012?