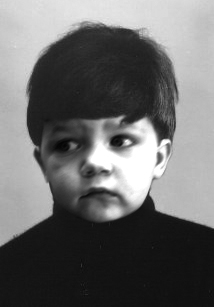 So the big trip across the pond is upon us. I admit to having my fair share of nerves leading up to this point, but I suppose by the time you read this I’ll be cruising through the skies, my bambino wistfully slumbering against my shoulder. At least he better be.

A massive amount of preparation has been going on — which I guess is to be expected from two anal-retentive gay dads taking their toddler transatlantically. So a couple of weeks ago we were Skyping with Papa’s Zia Jo (AKA The Cool Aunt) to ask all our most pressing questions: “Do they have playgrounds in Italy?” “What about fish sticks?” “And Dora?” During the conversaton we noticed a lot of Beatles stuff in Zia’s house — she’s a huge fan from back in the day. As in the day when they were still together and taking over the world. That must have been something to behold.

Hence I decided to make JJ a mix CD, a Beatles primer of sorts. Before you read ahead to the track list and blow a gasket, yes there are a few covers by non-Beatles. Keep in mind this is for an almost 3 year old — he needs some variety. Besides, as the son-of-a-preacher man, I had to discover The Beatles on my own. This initially came in the form of The Chipmunks Sing the Beatles Hits (on vinyl, checked out from the library, no less). So I learned my first Beatles songs from some rodents, a few more from the “Stars on 45 Medley,” and then finally discovered the real deal in high school and have been a huge fan ever since. 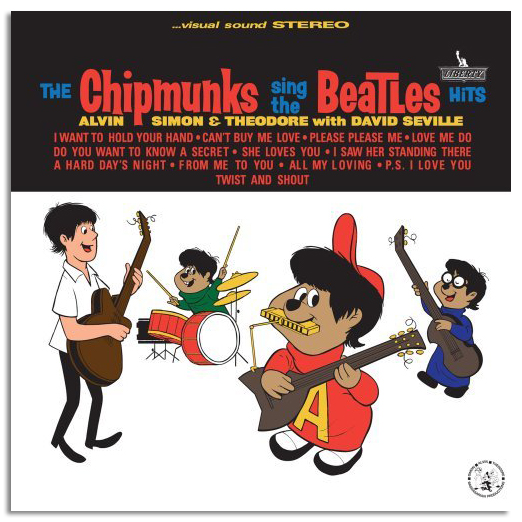 (All songs by The Beatles unless noted otherwise)
Drive My Car (from Rubber Soul)
She Loves You
When we were teaching JJ animal sounds, Papa taught him that beetles went “She loves you, yeah! yeah! yeah!” You should have seen his eyes the first time he heard the actual song. Now when he hears it, he yells “BEETLES!”
All My Loving – Alvin & The Chipmunks
Ob-La-Di, Ob-La-Da (from The Beatles/White Album)
Funnest Beatles song ever? Gets my vote. Although it’s probably about drugs or somesuch.
We Can Work It Out
Rocky Raccoon (from The Beatles/White Album)
I didn’t realize until I finalized the list how oddly well-represented The White Album was. Whodathunk?
You Won’t See Me – Anne Murray
Piggies (from The Beatles/White Album)
Hello, Goodbye (from Magical Mystery Tour)
Love Me Do – Alvin & The Chipmunks
Help! – Carpenters
Leave it to The Carpenters to take a sad song and make it sadder…
I’m Looking Through You – The Wallflowers
Taken from a quite good soundtrack of a semi-okay movie, I Am Sam
Here Comes The Sun (from Abbey Road)
Stars On 45 Medley – Stars On 45
I spent many a Saturday roller skating to this baby.
Silly Love Songs – Glee Cast
Take It Away – Paul McCartney
Two Of Us (from Let It Be… Naked)
I love how this version starts with the lovely guitar intro instead of John?/Ringo? yammering about pygmies.
All You Need Is Love – (from Magical Mystery Tour)
Yesterday (from Help!)
I remember learning “Yesterday” and “Help!” in 6th grade music class. Do they still do that?
Uncle Albert/Admiral Halsey – Paul McCartney
If I Fell (from A Hard Day’s Night)
One of my all-time favorites
Blackbird – Glee Cast
I challenge all you Glee-haters to listen to this version and not marvel at the sweetness of Chris Colfer’s voice.
Beautiful Boy (Darling Boy) – John Lennon
This song is already on a JJ-inspired mix CD, but it’s too good not to include on every single CD I ever make for him. He heard it tonight and said, “It’s my song!”
Yellow Submarine (from Revolver)
We’ve been singing this one in the tub since forever ago. Also a great singalong-in-the-car song.

Rockabye Baby
This mix isn’t the first JJ’s hearing of The Beatles. I started him off early, buying both volumes of Rockabye Baby Beatles covers. But we’ve been way beyond lullabies for a while now. 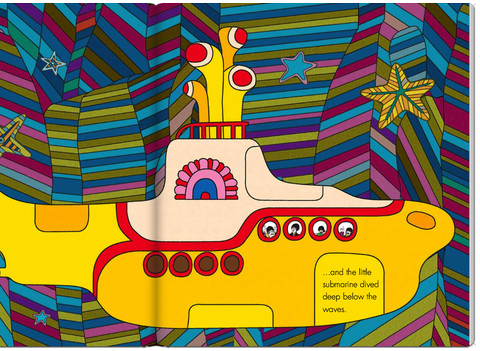 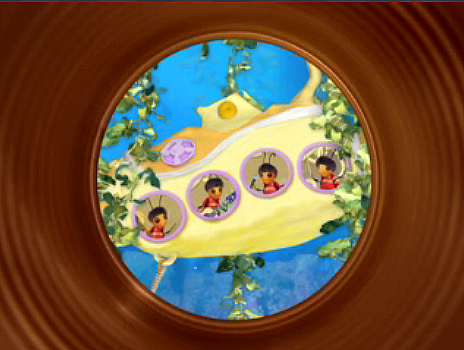 Alright music fans — what essential tune did I leave out? Keep in mind it’s for kids, so no Helter Skelter craziness or Elanor Rigby moroseness. What would you take off? I’m sure there will be a Volume 2 at some point, so all suggestions are welcome!