We Need Another Hero

I woke up earlier than usual this morning, but as usual reached for my phone to check the weather, the day’s calendar, if anyone had hearted one of my Instagram pics. But like everyone else I was greeted with news of the massacre at the midnight showing of The Dark Knight Rises. I let out an “Oh my God!” loud enough my husband stepped out of the bathroom to see if everything was alright. It wasn’t. Over a dozen people had lost their lives in a terrifying and gruesome way.

But it also struck me that this happened outside Denver, where I had been just a week earlier. I had listened to the Denver Gay Men’s Chorus sing beautifully, made several new friends and reconnected with high school and college friends who’d relocated to the Denver area — so I wondered if they were all safe.

And the fact that it happened in a Batman movie was particularly disheartening. I realize the modern iterations of Batman are universally dark, but comic book characters — be they super, wonderful, or bat-like — are at their root childhood heroes. Not only does this tragedy make me hesitant to see the film in the theater anytime soon, but it tarnishes the joy and innocence of the superhero experience that I’ve spent so much time passing on to my son.

So throughout the day I followed the news and Twitter and articles people were posting, trying to pinpoint how I’d word this post, what angle I would take or what issues I would raise. But the words and angles and issues have all been put out there already, particularly regarding who’s to blame.

Yet I’m brought back to only a few minutes later this morning when I went downstairs to get JJ out of bed. Seeing him in his Batman pajamas, eager to stick on his velcro cape and greet the day, I wondered how I could ever protect him from something like that – a real life super villain. And for the first time as an adult, it made me wish Batman was real, too. 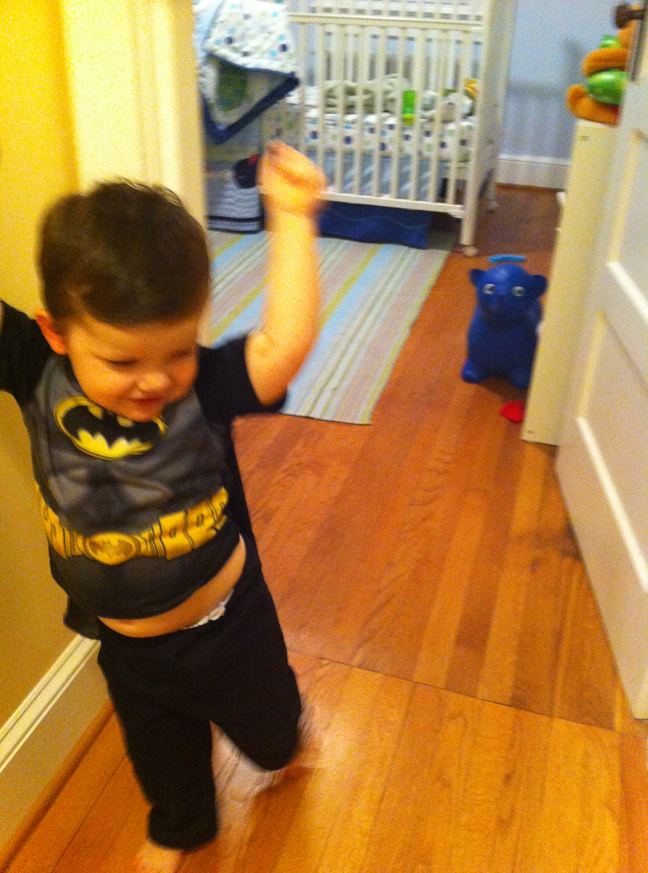 2 responses to “We Need Another Hero”