I was introduced to Mr. Spatucci by Rob Kelley (AKA: Keeper of The Aquaman Shrine), who noticed I was profiling various designer dads and thought his friend Steve would be a good guy to blog about. Hailing from the great state of New Jersey, Steve is a fellow comic book fan nerd and an awesome illustrator! He also has a darn-tootin’ cutie of a son. (Ask him to see pictures—he posts them weekly!)

Tell me briefly about your design business: how long in business, what kinds of clients you have and/or work you specialize in.
I started doing freelance illustration back in the early 90’s, after I’d graduated from college. In those pre-Internet days, I’d do sample black and white illustrations, which I’d make into little photocopied booklets. I’d look through magazines, local newspapers and publishers at Borders and Barnes & Noble, compiling my own contact list, then I’d mail the books out. My first professional job came from one of those mailings. The art director for a gem and jewelry magazine, Lapidary Journal, liked my style and hired me for an editorial illustration. I wound up working for them off and on for almost ten more years. 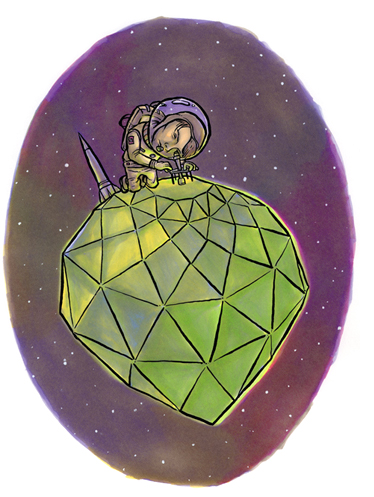 I got a website up in 1997, and started doing more freelance design (mostly for print) and logo work as well as illustration. As Flash developed, I started using it for animation, and by the early 2000’s I’d learned to program in ActionScript and started developing games and interactive demos. I also started doing more website design. I incorporated my business, Plasmic Studio L.L.C., in 2003. I continue to do all of those things – design for print and web, identity, illustration, animation, online demos and game development. I’ve also done voiceover work, music composition, video editing and writing. I love the variety of work, and I really love a project that lets me incorporate those multiple disciplines. I do a lot of work for startups now, but some work also comes from larger, more established businesses that might need an updated identity, an interactive demo or some other type of creative project. 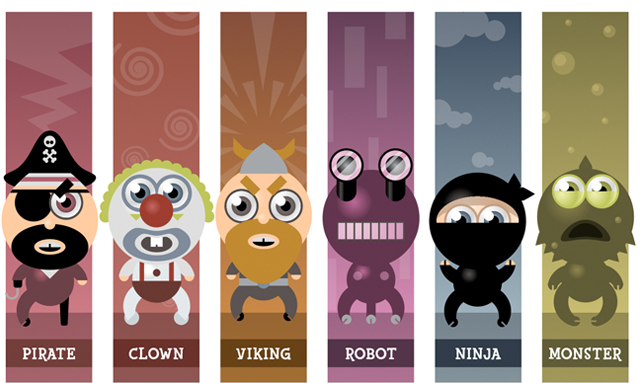 How long have you been a dad?
I’ve been a dad since September 2008. I have one son, Nico, who’s almost four. He’s into everything I was into as a kid: superheroes, Kiss, The Muppets and Universal Monsters. I like to tell myself that I didn’t push any of that on him – I merely exposed him to the stuff, and he had good enough taste to absorb it all.

How has fatherhood affected or influenced your work?
Before my son was born, most parents told me that my life was going to change – usually implying that the change would be a negative one, and I’d have little or no time for creative activities and even less time for freelance work. However, a few people told me that if I handled parenthood the right way in terms of my work, I’d become much more efficient and my creative output might even increase. They were right – it takes work not to slack off, but it’s possible.

Have you ever designed anything for or related to your children?
I shot a short video when my son was six months old. And for his first birthday I designed materials for his monster-themed party. I created vector illustrations of the monsters and of Nico, and used them on banners, a shirt, stickers, invitations, and scavenger hunt signs and materials. My wife also designed the matching cake. (Check out Sharon’s deliciously creative work! -DD)

Have you done any work for clients that are related to children, education, parenting, etc?
I did work for an agency that redesigned a website for a children’s hospital. We had an elaborate tour of the hospital at the outset of the projects, with different doctors and staff meeting us at each department. I wound up illustrating four characters and three backgrounds – animal characters that gave the kids a tour of the hospital and prepared them for a stay there. 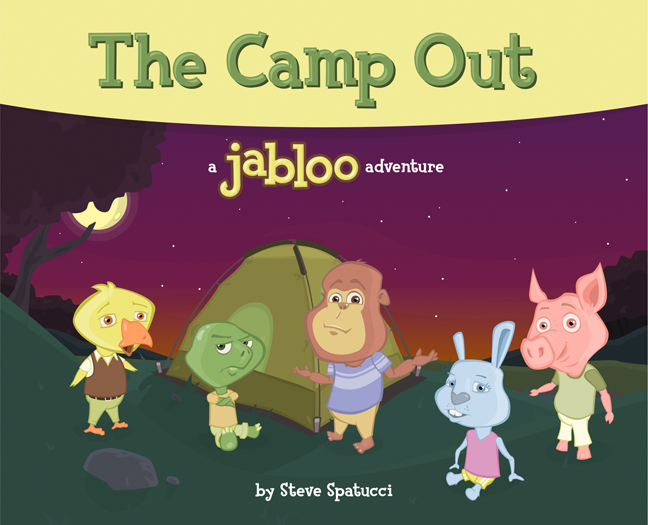 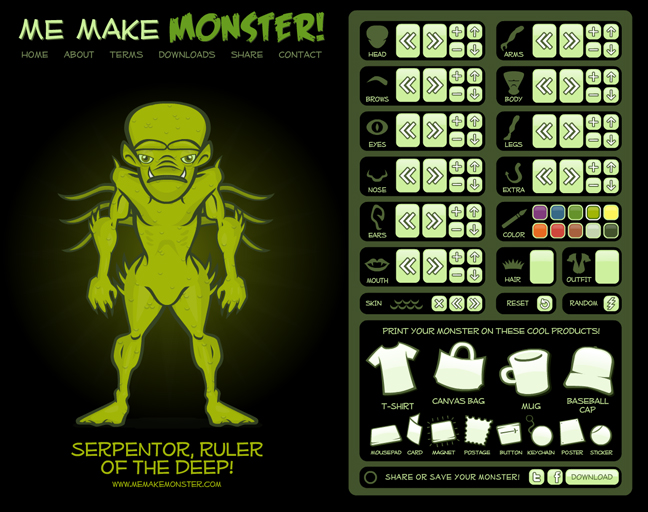 Do you have any work that you feel was inspired by your kids or fatherhood, whether it’s directly related to children/parenting or not?
I’m sure being a parent has an influence on anything I do these days. But as for self-created projects, it’s a huge influence. For my children’s animation project Jabloo (still yet to fully launch), I recently created a storybook that’s readable online. Me Make Monster is aimed at kids – the site lets them create a custom monster, then print it on products like t-shirts, hats, mugs, etc. And my new Vect-o-Grunge illustration style was at first a creative exploration for me, creating portraits of iconic characters (Star Wars, Kiss, superheroes… sound familiar?) But my son was my biggest fan and supporter for those, and we wound up framing the first twenty-five of those pieces and redoing his room to accommodate them.

Is there any particular child product whose design you really like?
First, I’ll say that every single thing created for kids is immeasurably better than it was when I was a kid. Music, movies and television, books, toys, museums – even once-boring products like book bags. I’m impressed and jealous at the same time. It’s hard to pick out one item, but Nico’s Batman lunchbox is so well designed – it doesn’t just have images of the characters laid on it (as they would have done in my youth), but it’s more like the product itself has dressed up as Batman. It even has a cape. The things I would have done for a caped Batman lunchbox when I was that age… 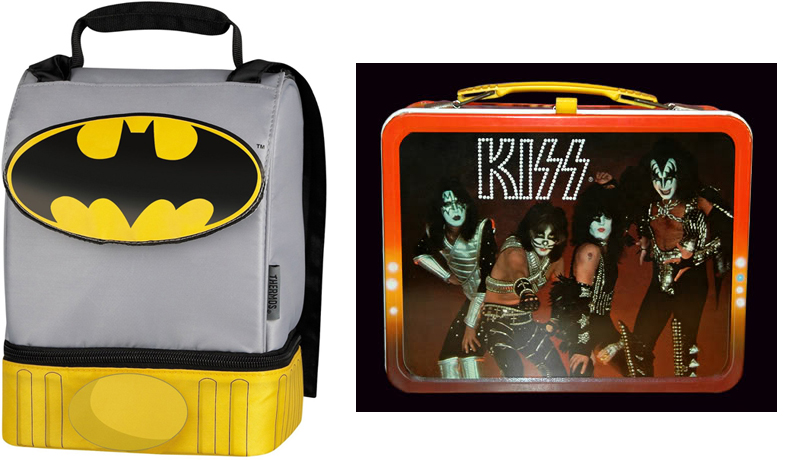 Any you can’t stand?
Cars break. Computers break. When something that has lots of parts and various uses fails, that’s understandable. But if you’re going to make a product that has but one single purpose, it needs to be almost infallible. Without being brand-specific, I’ll say that wipes come to mind. Nico is out of diapers now, but when he was in them, sometimes I’d go to pull the next one out and the whole stack would be buried in the box, forcing me to tug on lid open and dig out a wipe with two fingers. There’s no excuse for that.

Anything else you’d like to add?
Nico likes to check out my websites these days, asking me about my different projects. I think it’s only just starting to sink in with him that we humans create the art, music, movies, and other things he takes in. So that’ll be fun to explore as he gets older. It’s amazing to watch kids develop – like the slowest-motion robot forming.

Check out many of Steve’s work, projects, writing, blogs, etc at stevespatucci.com