It took me forever to find the four Father’s Day cards I needed to buy this year. Yes, I said FOUR: one for Papa from me, one for Papa from JJ, one for my Dad from me, and one for my Dad from JJ. I realize I could do some doubling-up there, but being a 2-dad household makes Father’s Day a pretty big deal, and I want to make sure everyone gets all the love and appreciation in paper form that they so richly deserve.

Father’s Day cards are the most goofy and sexist of all the greeting card industry-created holidays. In my vast multi-store research, I’ve found they generally fall into four themes hackneyed clichés: 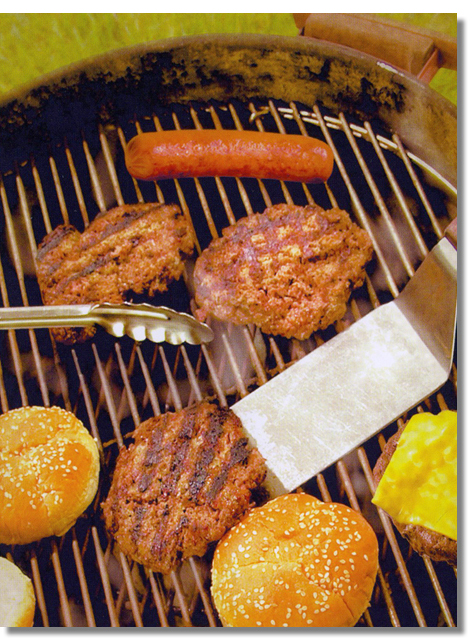 1. GRILLING, AKA: Yeah, yeah, it’s “the only kind of cooking a real man does”… so guess what? You’re cooking today. 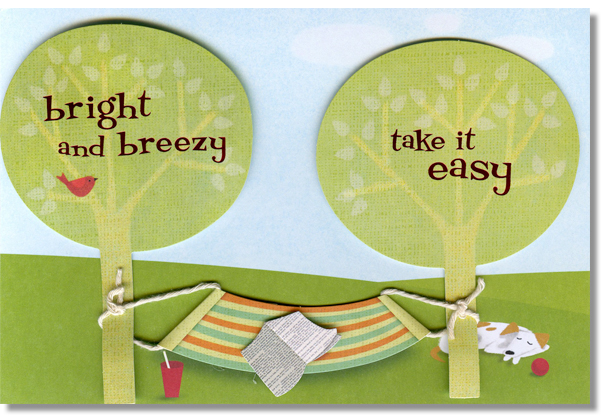 2. HAMMOCKS / RECLINERS, AKA: You’re allowed to relax today, but only this once because you’re generally a very lazy person who I can barely tolerate. 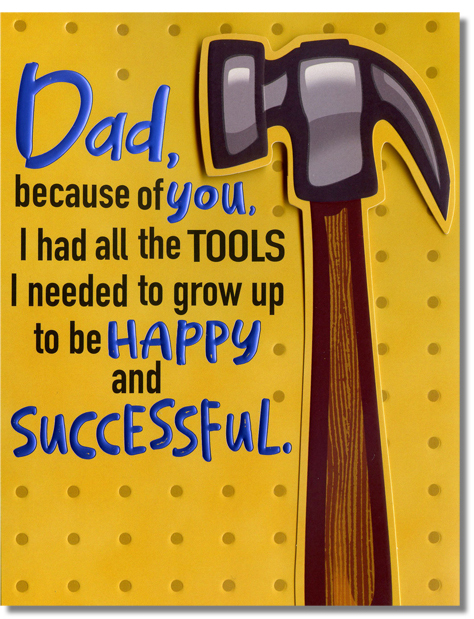 3. TOOLS, AKA: Hey, Mr. Handyman, I hope this card reminds you of all the stuff you promised you’d do around the house but haven’t. Did I mention you’re lazy? 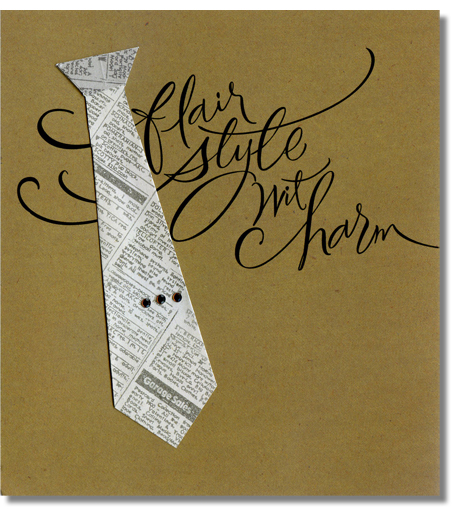 4. TIES / BRIEFCASES, AKA: While I appreciate that you work to support our family, please be aware that I spend way more time with the kids, so you’re kind of a second-class parent… Are the burgers done yet?

Keep in mind that ONE HUNDRED PERCENT of these cards were created with the assumption they’d be purchased by women for their husbands, fathers, or husbands’ fathers. So there seems to be (at least in the sampling I’ve presented to make my point) a whole lotta generalization and stereotyping going on here. Where are the cards for the dads that DON’T like to grill or hammer or wear a tie or spend their days in a recliner glued to ESPN? 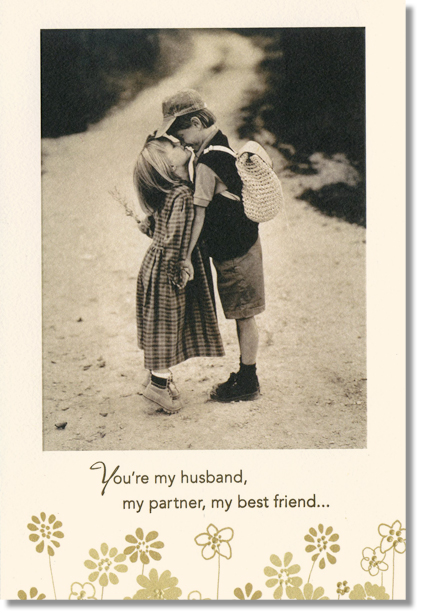 And if you’re a dad who sleeps next to another dad, forget it. It’s hard enough finding a gender-neutral Valentine’s Day or Anniversary card in anything resembling a mainstream retail store. Try finding a Father’s Day card to a husband FROM a husband. It’s about as common as a department store ad depicting two kids with their gay dads. It’s out there, just not a lot of people are doing it.

Luckily, there are some folks at least trying. Family Equality Council and Children’s Tylenol created some same-sex Father’s Day e-cards you can customize and send for free. This is a great idea and I applaud the effort. My only beef is that they are for both dads together. I’m my own person, and so is Papa. Joint Father’s Day cards might be okay for those freaky couples who share an email address, but not us. Plus, JJ knows us as “Daddy” and “Papa” — he doesn’t get yet that he has two fathers.

On the topic of Papa, I’ve mentioned before the lack of non-grandpa “Papa” references out there. The same applies to greeting cards. Unless I’m mistaken, these cards are not singing the praises of the Spanish-speaking, gay Papas of the world. 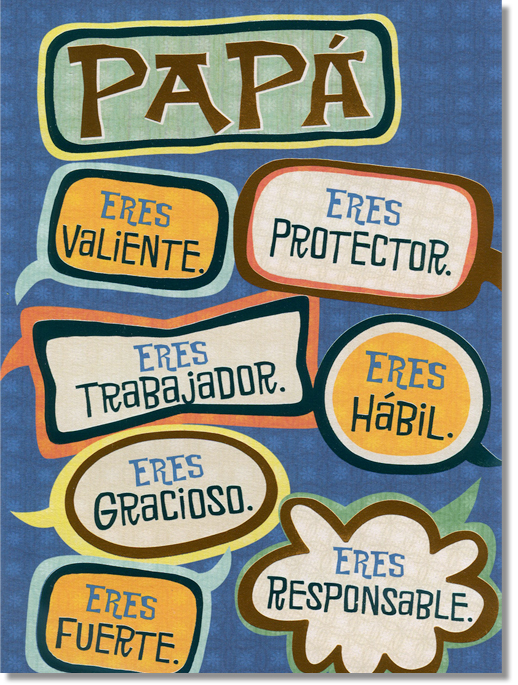 I know I’ve done a lot of griping here, so I want to end with how excited I am at how things are changing and becoming more accepting and supportive of families like ours. President Obama, JCPenney, the myriad of GLBT advocacy groups — they’ve all contributed to what’s been an incredible few months for gay Americans. Even so, there’s still an abundance of hatred and violence and plain old ignorance — and lots of work still to be done.

Speaking of work, one of the things I found particularly humorous in the hammock-themed cards is that they all talk about how “It’s your day, relax! Kick up your feet! We’ll do all the work today!” Again, these were intended for men with wives who had their own special day the previous month, and presumably do all the heavy lifting the third Sunday in June. What do you do when you’re both supposed to relax? Let the kid run wild? Maybe it’s just because our kiddo is 2-1/2, but there’s no such thing as a relaxing Sunday in our house, Father’s Day or otherwise. Yet I wouldn’t have it any other way.

(PS: I did find some pretty great cards for all the wonderful guys in my life, which I will be sharing with them privately. 🙂 However, none of them even comes close to fully expressing how lucky I am to have such a wonderful Dad, loving husband and incredible son. So maybe next year I’ll just design my own…)

As a bonus, here’s one final card, which I think includes pretty much all of the aforementioned clichés: 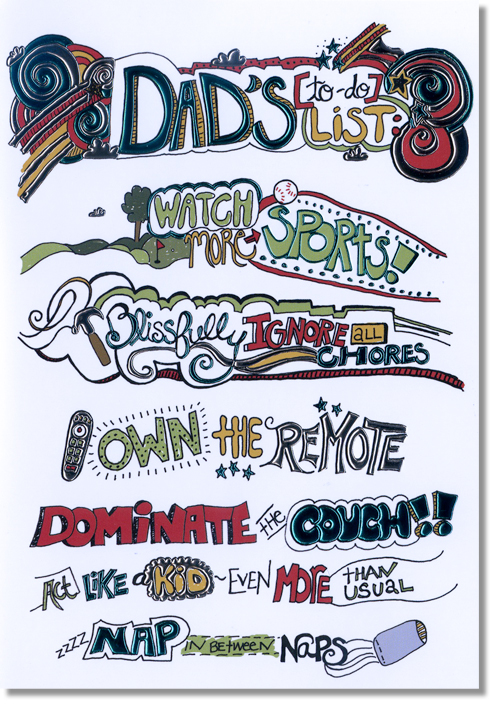