I had originally planned to make a more traditional Easter bunny for JJ using a real, blown-out egg. I’ve done these in the past, and while not as fancy as Martha’s, still turned out pretty nice. Yet on further thought, I decided putting a hollowed out eggshell in the hands of a 2 year old would just be a craft disaster waiting to happen.

But then I saw some over-sized plastic eggs, thought of JJ’s obsession with love of superheroes, and a new idea was hatched. I had intended to make something from all six eggs in the set I bought, but alas only finished one. Still, I’m proud to present… Aquabunny Egg! 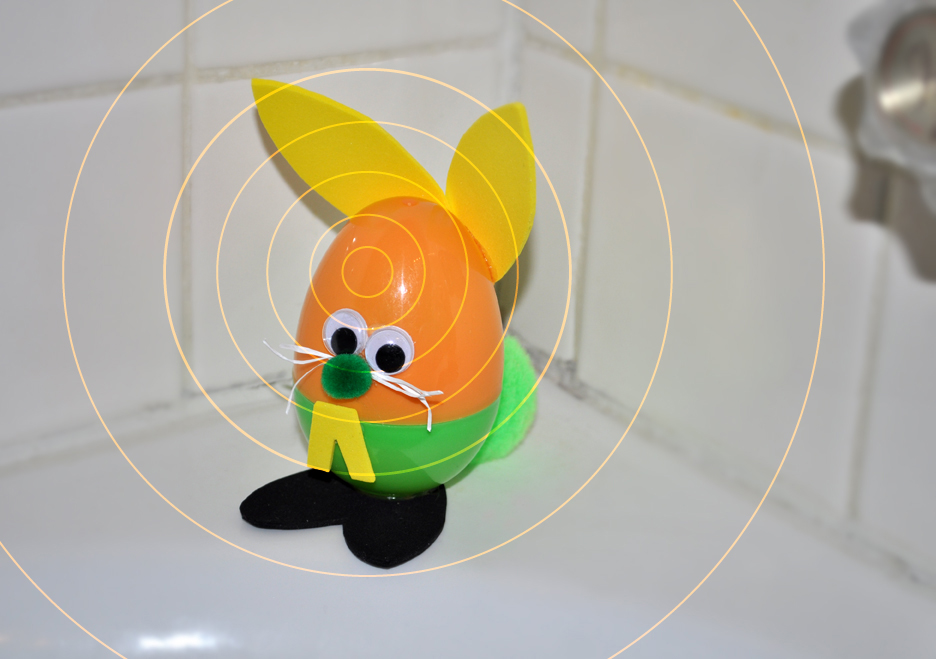 Aquabunny chats tubside with the other plastic creatures of the deep.

I was really happy with how it turned out, but upon even further thought, decided to wait and give it to JJ next year, as it’s still pretty delicate for his grabby hands. Plus it looks awfully cool on the shelf with the rest of my Aquaman stuff. Or maybe I’ll mass produce them and sell them on Etsy… any takers? 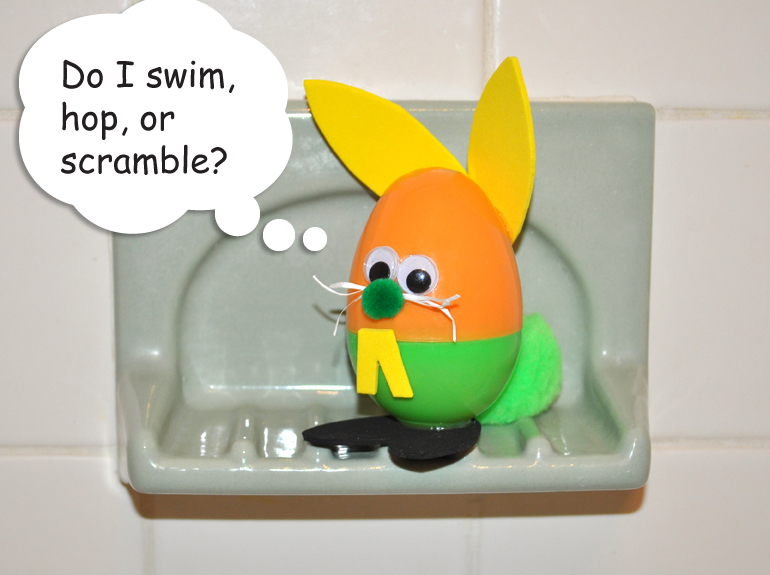 Aquabunny keeps watch from his perch atop the soap dish.

And in case you’re curious…
Materials:
• plastic egg (I paired a green bottom with an orange top)
• foam sheets cut out to create the ears, feet and “A” symbol
• pompoms for the nose and tail
• googly eyes (for the eyes, duh)
• dental floss for the whiskers.

After trying Elmer’s and Krazy, found hot glue to be the most effective in holding all these disparate textures together.

If you make your own, feel free to hop on over and post it to the Designer Daddy Facebook page, or email a pic to me via the blog.