Following in the footsteps of the “It Gets Better” campaign is a new documentary called Bully. Though not due for release until March 30, it’s already garnered lots of press, due largely in part to the efforts of a bullied high school student.

The MPAA has given Bully an R rating for language. But the filmmakers (and a whole lot of other folks) are lobbying the ratings board to change it to PG-13. They fear the R rating will prevent the film from being played in schools or allowing kids to see it without adults, thus limiting its reach and effectiveness. Based on the trailer, Bully isn’t about a bunch of adults telling teens to stick it out till they graduate. It’s about kids helping kids, rallying together to make outsiders feel in, reaching their troubled peers where they are. The message being – while it does get better after high school, it should be better now.

Speaking of kids helping kids, high schooler Katy Butler (herself a victim of bullying) launched a petition for the PG-13 rating that has already garnered over 190,000 signatures in less than a week. While it’s often unclear how much difference petitions like these make, it’s clearly getting Katy, the film, and the subject of bullying extensive coverage — so it certainly couldn’t hurt.

I’d also like to echo Lee Hirsch, the director of Bully, who admonishes on the film’s web site: “Everyone has a story when it comes to bullying, what’s yours?” 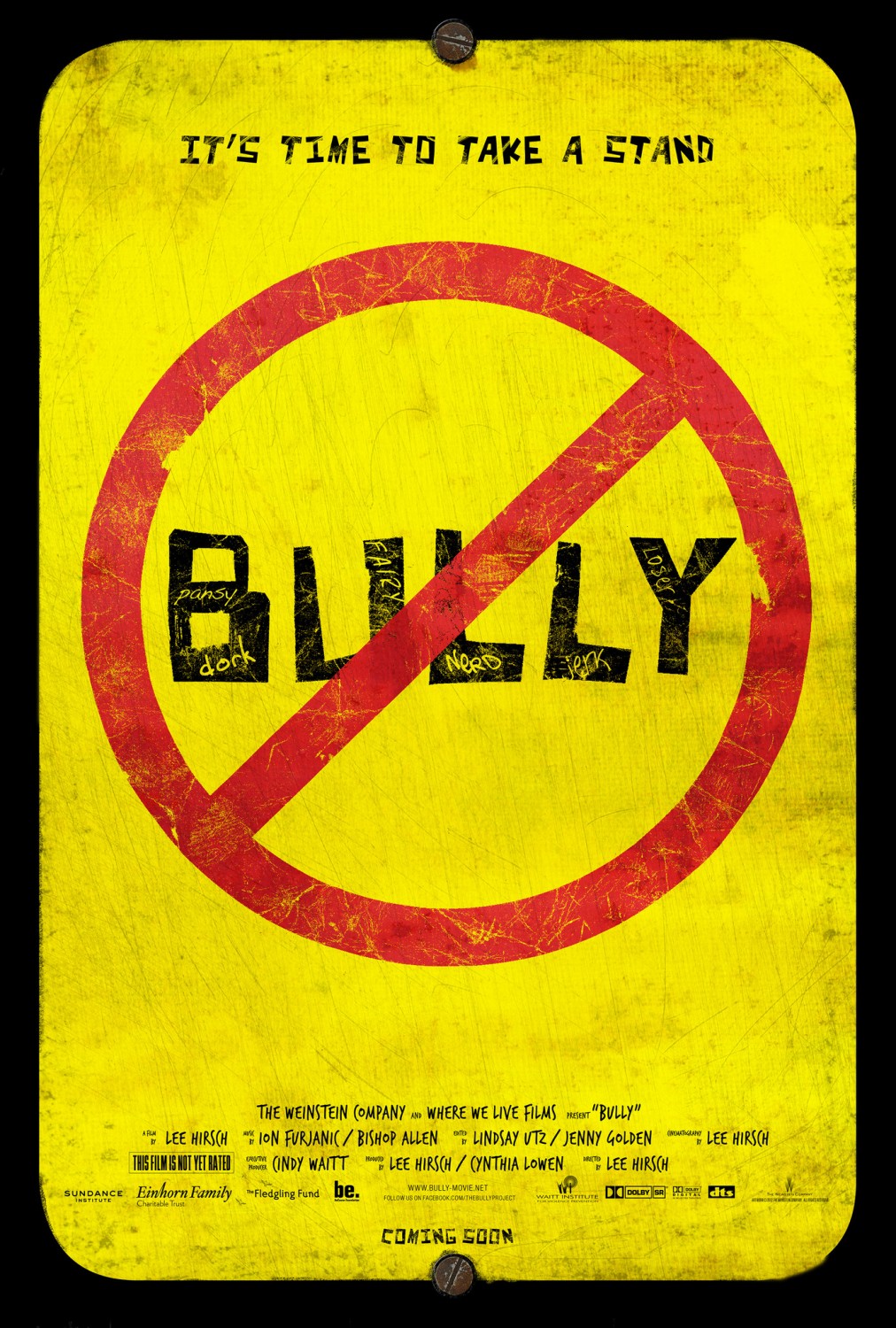 MY STORY
My sophomore year of high school I was the target of several months of bullying by a guy named Ken, a senior on the football team. We lived and went to school on an Air Force base on the small island of Okinawa, Japan, so there was no escaping the torment. I was punched and pushed out of the way walking the halls at school; cornered and yelled at in the bowling alley; hit and called “faggot” when I went to the movies. He also came to my house a couple of times — one terrifying night when I was alone, but even scarier was the time he cursed out my Mom who had gone to the door to tell him to leave. I even skipped the cast party of a play I was in, on the off chance my tormenter might show up.

The most painful and isolating part was feeling like none of my friends really saw or understood what was going on. And I was ashamed to tell them how scared I was. Because Ken had come to my house, my parents knew — but like most teenagers, I was embarrassed and tried to keep them out of it as much as possible.

I became so lonely and frightened to go to school (or anywhere, really) that one night I searched the house for pills, thoughts of suicide floating around the back of my mind. Luckily my search proved fruitless, and I managed to brave another day.

I don’t remember exactly how the bullying ended, but Ken eventually moved on to other conflicts. Not long after, he got kicked off the football team for fighting. He then proceeded to get kicked off the basketball team, out of high school, and eventually off the island and back to the States. Later I heard he’d enlisted in the Air Force, but had then been discharged and ended up in jail. Clearly this was a troubled individual, and I’ve sometimes wondered how many other victims of his hostility there were along the way.

While the subject of bullying has obvious connections to my role as a father, you might be asking “What does this have to do with design?” Well, it has everything to do with everything. From my earliest memories I’ve been drawing and wanting to be an artist when I grew up. And by surviving those few months in high school, I got to grow up and live out my dream. As a bonus, I have gotten to work for many companies and organizations that help children. And I got to be a dad, and to teach my son all about color and drawing and super heroes and music and helping others. My hope is to also teach JJ to not only stand up for himself when he can, but to ask for help when he can’t.

In addition to signing the petition and supporting the film, I encourage you to share your story, whether it’s here, in the petition’s comments, or with family and friends.