In addition to parlaying my last name (Almond) into my business name (Design Nut), I’ve had a long and storied past with another famous nut…

My nutcracker connection (not to be confused with my Rainbow Connection) dates back to 3rd grade, when I was cast as the narrator of our class production of The Nutcracker Suite. I remember spending some serious time practicing the pronunciation of “Tchaikovsky,” and then being crestfallen when I came down with the chickenpox. Fortunately I was still able to perform my narratorial duties from the side of the stage, far away from the other kids. The show must go on, even in elementary school. 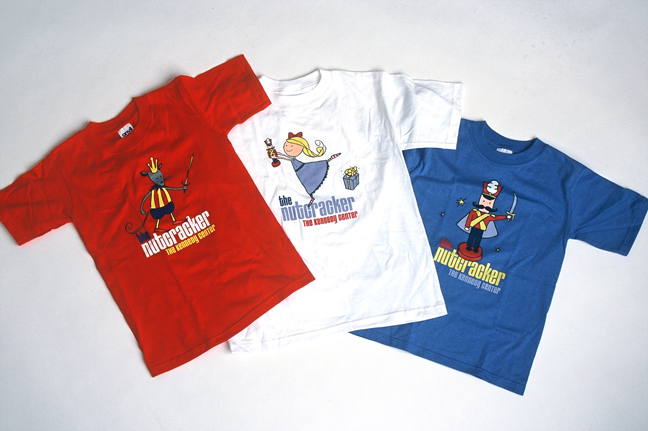 Fast-forward a couple of decades to my first year in business for myself. I was hired by the Kennedy Center to do some illustrations for children’s products being sold in conjunction with that year’s performance of The Nutcracker. Graphics of the Nutcracker Prince, Clara and the Rat King were printed on tee shirts, caps and tote bags, and garnered several design awards, including inclusion in Print’s 2003 Regional Design Annual. 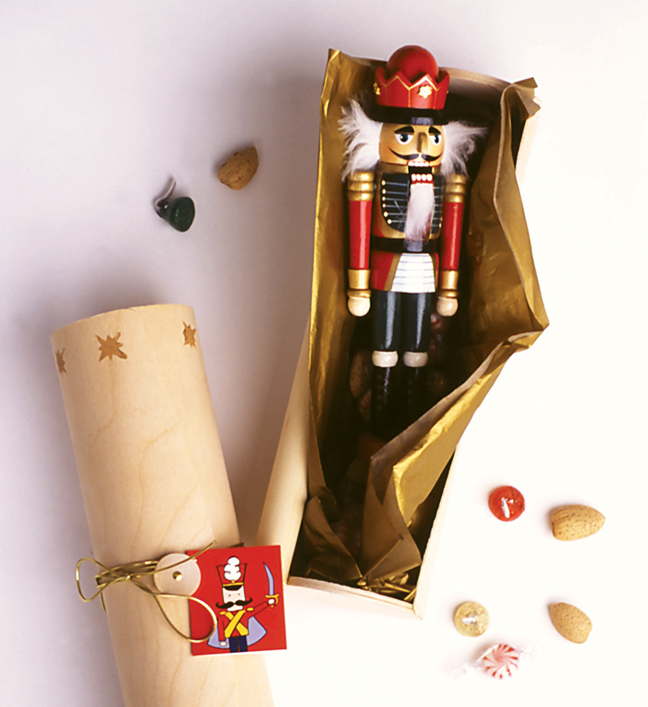 Subsequently, I turned the illustration of the Nutcracker into my holiday card, carrying the theme even further into the nifty client gift shown above.

That same year we started collecting Nutcrackers (beginning with some of the leftover client gifts) to display during the holidays. We now own a couple dozen, including a set of Nutcracker-themed matryoshka dolls, a pair purchased on a trip to Germany, and a 3-foot tall patriotic Santa nutcracker won in a raffle. 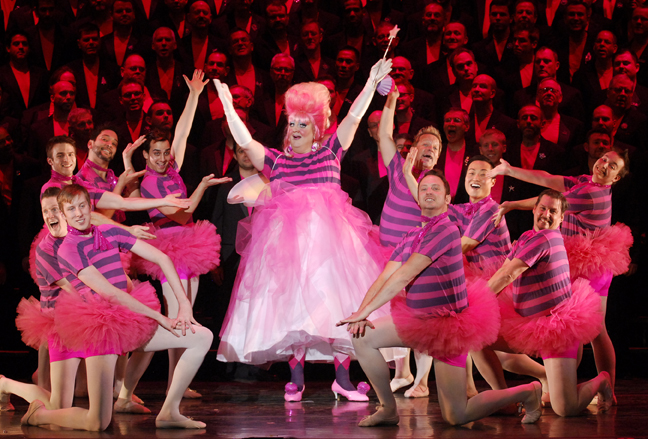 Then last year I was again cast in a rendition of the famous ballet. Our chorus’ production was entitled “Men in Tights: A Pink Nutcracker” and starred Clarence instead of Clara, and yours truly as the Sugar Plum Fairy. It was pretty much the most fun I’ve ever had on stage, except for almost twisting my ankle in my measly 1-inch heels. Big props to you ladies — I don’t know how you do it. And yes, those are cupcakes on my shoes.