Advent In An Hour: Dec 8 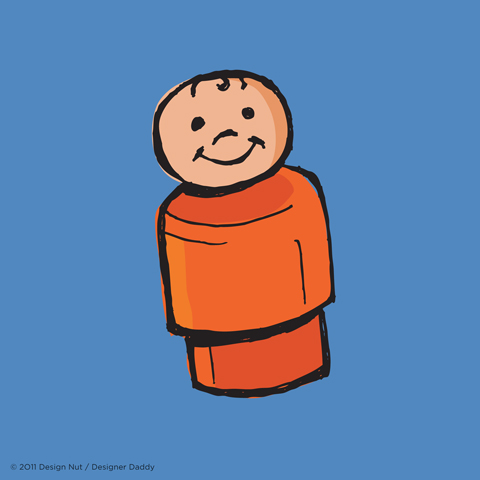 Recognize this guy? If you immediately identified the distinctively simple form of a Fisher Price person, then you probably (like me) grew up in the Seventies. When asked, “What was the best Christmas present you ever got?” I can answer without hesitation, “The Fisher Price Castle!”

It had a drawbridge, a moving staircase that hid a secret passage, and a hot pink dragon! But the best was the trap door that led to the dungeon. I was mesmerized by the simple act of dropping the king, queen, prince, princess, knight, or Robin Hood dude down the chute, only to have them tumble down behind the yellow prison door of the dungeon. Nothing fancy: no lights, sound effects or 3D shenanigans. But it was awesome.

Fast-forward 35 years or so to this Thanksgiving. We were at Grams and Granddad’s house, and JJ was starting to grow weary of the blocks he’d pulled out and scattered all over the living room. I ventured into the basement where all the stuff us four kids had amassed over the years is stacked into a mini maintain range. In the far corner I spotted my beloved Castle. Unfortunately the princess, the knight and the hot pink dragon were nowhere to be found (sounds suspicious). And the horse was missing a couple of feet. But I brought it upstairs, put it in front of JJ, and watched as my son slowly began to explore the same toy that had given me so much joy as a youngster. And it was awesome. 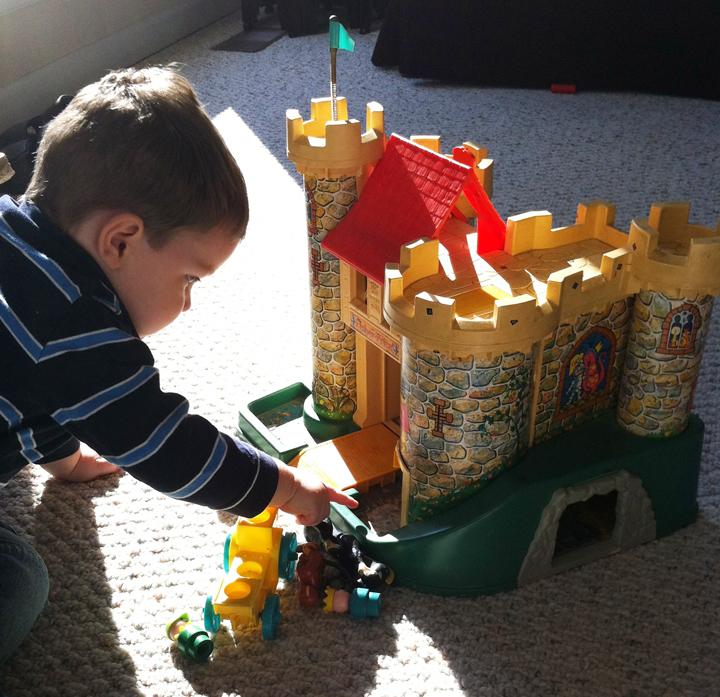 I mentioned in a previous Advent post that I’ll be performing with the Gay Men’s Chorus of Washington on December 16, 17, and 18th. Before each concert we’ll be collecting toys for Community Family Life Services, an organization that provides services for DC’s many homeless and impoverished persons. Please consider bringing a new, unwrapped toy to any of our four shows. There will be a table set up in the lobby of Lisner Auditorium to accept your generous and much-needed donation.