Advent In An Hour: Dec 3

Well, I didn’t quite get my third Advent doodle done in time… This one was pretty difficult to do — both logistically and emotionally — as yesterday I attended my Grandmother’s funeral.

I knew I wanted to dedicate December 3rd’s Advent illustration to her, but I found it impossible to encapsulate the woman in a single drawing. So as we gathered at her house for most likely the last time, I took some moments to walk around, looking for inspiration. There were of course family photos in frames and albums in every corner and on every shelf. I found stacks of quilts in an upstairs chest, created by both my Grandmother and her mother, smelling strongly of cedar. In a corner was her sewing table, with an antique foot-pumped machine, wall of thread spools, and a pincushion shaped like a miniature chair. But my favorite thing about Mammaw’s house has always been her wonderfully odd and kitschy knickknacks.

There’s the ceramic panther ashtray, a letter holder shaped like a duck, the quintessential cat-reaching-into-a-fishbowl figurine. And out in the yard that stretches an acre up a steep hill to the woods are scattered pretty much every outdoor tchotchke ever made. A cement birdbath, a little statue of a Mexican man with a donkey and a cart (which functioned as a planter at some point), a blue glass globe atop a white column, a wooden cardinal with spinning wings… well, you get the picture.

But the fanciest of Mammaw’s things were displayed on small shelves in the windows on either side of the front door. Nestled among the mostly ceramic birds and fish was my most favorite thing of all — this spinny, glass globe thing shown in today’s drawing… 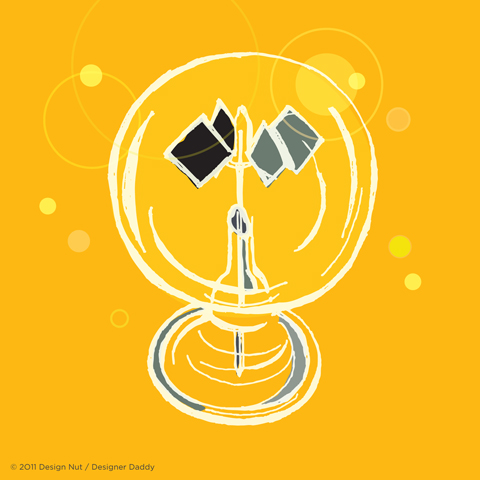 I was always fascinated by it, but until yesterday never stopped to find out what it really was. After several unsuccessful Googlings, I hit pay dirt with a combination of the words “globe”, “glass”, and “spin.” Turns out it’s called a Crookes Radiometer! I won’t go into too much detail as to its history or function (that’s what the link is for folks) but simply put, it spins when exposed to sunlight.

You may not think this is a very Christmassy graphic, but I beg to differ. When I think of this lovely, spinny doodad I think of my childhood, of family, and of light. What’s more Christmassy than that?

As a bonus, here are a few photos of some of the items mentioned in the above post. Enjoy! 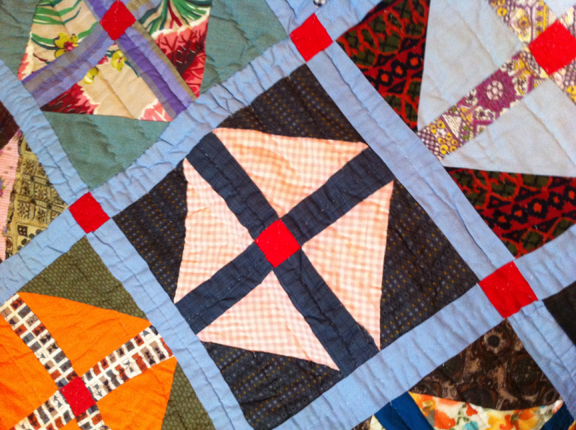 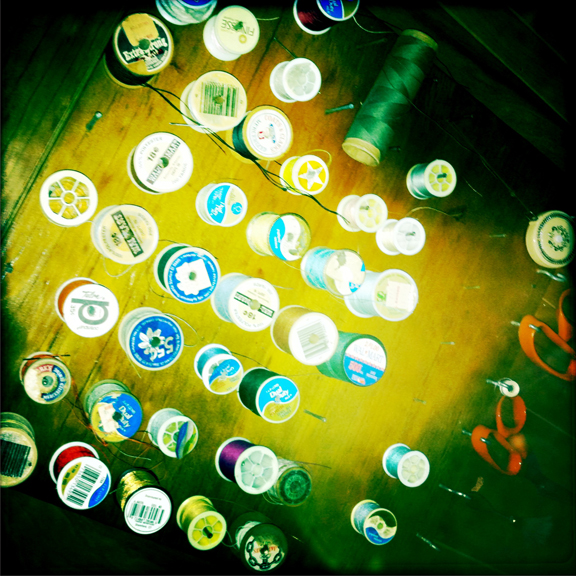 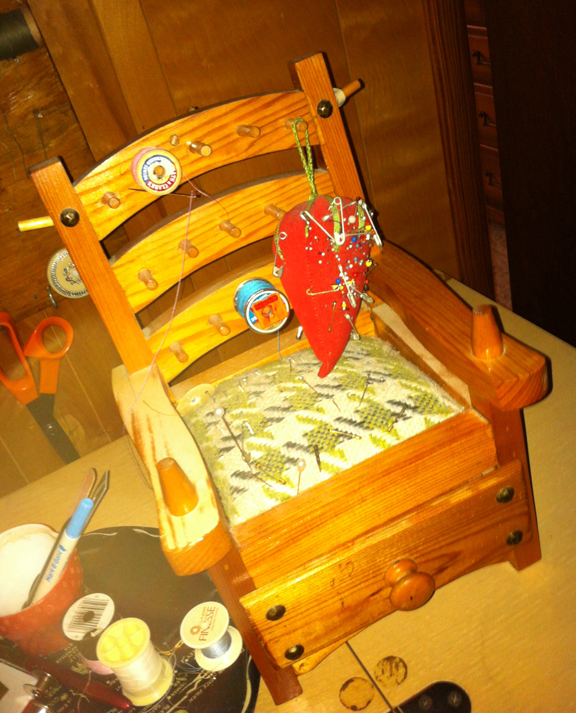 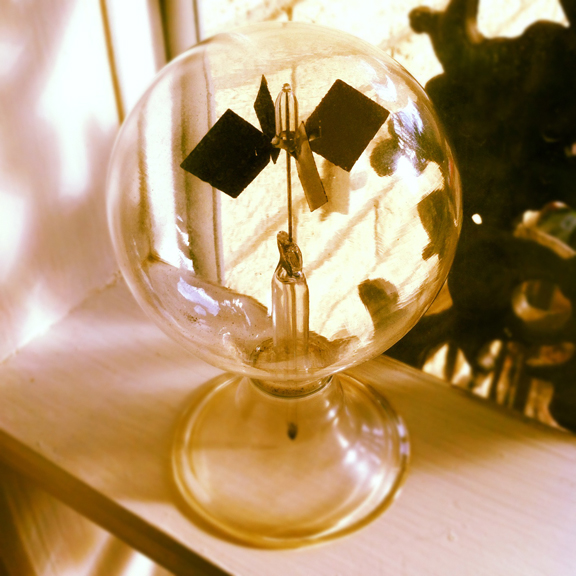