Okay, so it’s been embarrassingly forever since I’ve either posted about or worked on the mural for JJ’s wall. I had shot photos of the room, taken down what was hanging on the wall, and even purchased paint. But several weeks later I realized I was never, EVER going to get anything done on the weekend because JJ’s either a) asleep in his room or b) running around needing to be corralled. I was ready to throw in the brush and declare myself an unfit Designer Daddy…

But then Papa had the idea to let JJ nap upstairs in his pack-n-play. And there ya go, I had the time to get some painting done. Take a gander at a few photos of my “progress.” 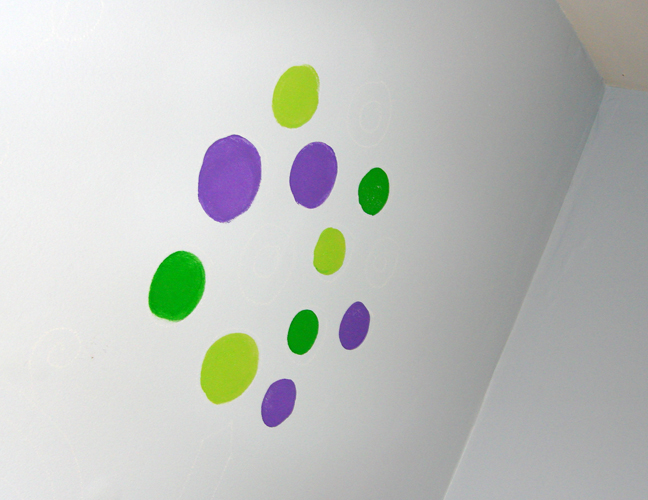 You can never go wrong with a few colored polka dots

If you’ve seen this blog (which you have) or the site for my day job, or quite a few other things I’ve worked on, you can tell I like me some dots. Polka dots seem to cycle in and out of vogue, but I’ve been a fan from way back. Comic books, pop art, TV screens — some of my favorite things at their root are made up of polka dots.

By the way, I gotta give Martha props on her awesome Specialty Sponges. Great for all your polka-dotting needs. 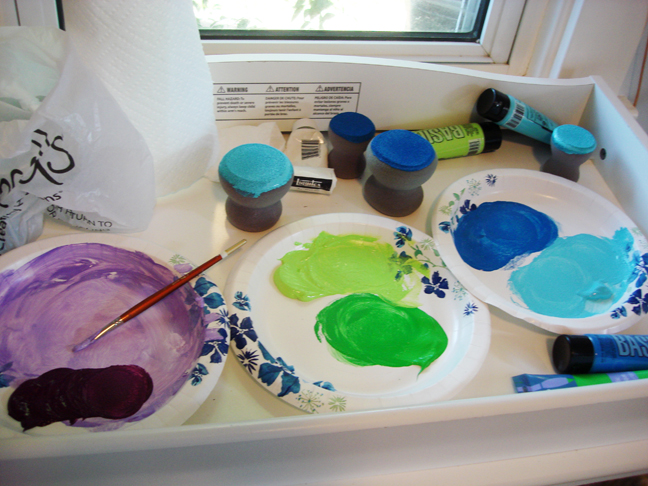 The changing table doubles as a handy paint-mixing station.

And it’s more than kind of intentional that I’m using JJ’s three favorite colors: “bwoo”, “gwee”, and “puh-pah.” Is there anything in this world cuter than toddler-speak? Pwobawy not. 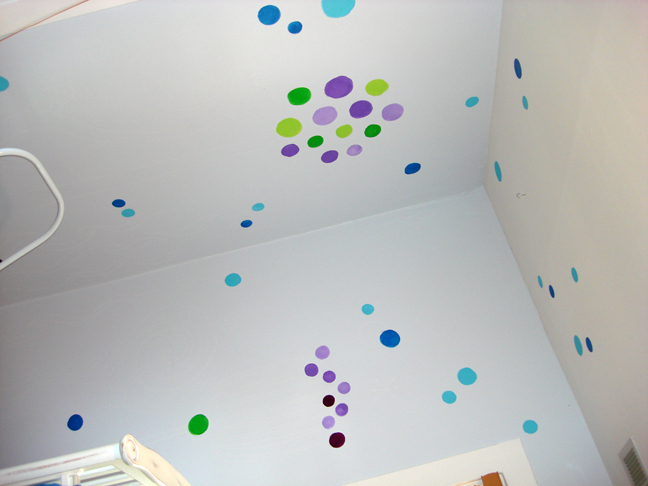 Can you tell I'm making this up on the fly? There is a (loose) plan, I swear.

And what did JJ think of his room now that it’s covered in what looks like Candy Pox? His exact words were “WOOOOWWWW. Bubbles!” I’d say that was about the most rewarding critique I’ve ever gotten.

4 responses to “The Mural Project: Meanwhile…”