As I mentioned in my recent Steve Jobs tribute post, I’ve been having a blast introducing JJ to my iPad: playing games, singing songs, teaching the alphabet, etc. But lately he’d grown tired of his regulars, and the only one he wanted to play was this god-awful-ugly, bug-riddled farm animal app (iCan Learn Animals, in case you want to avoid it). His fickleness was making me hesitant to buy him more apps, or at least be a little pickier.

A couple of weeks ago the “Free App of the Week” at Starbucks was the interactive story The Monster at the End of This Book, starring Lovable, Furry Old Grover. (You remember him, the much-less-annoying predecessor to Elmo) Since it was free, I figured — like many of the “Free Song of the Week” offerings — it was gonna suck. I remember loving the book when I was a kid (originally published in 1971), but my hopes were not that high for this newfangled e-version.

We just got around to playing it last night, and it was a HUGE hit. The only other interactive book we’d read up to this point was A Present for Milo (oddly unavailable in the iTunes store). I loved Milo‘s illustrations, but it was too slow and monotone for my rambunctious almost-two year old. However Monster has all the right elements to hold a toddler rapt: simplicity, repetition and expressive narration (Hellllooooo, everybodeee!) Plus it has cool features you can adjust based on your child’s reading level, as well as narration tips for Dad or Mom (or Gramms, see photo after the jump) to make it even more interactive and fun. 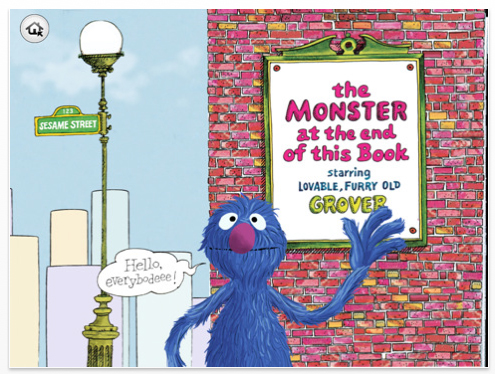 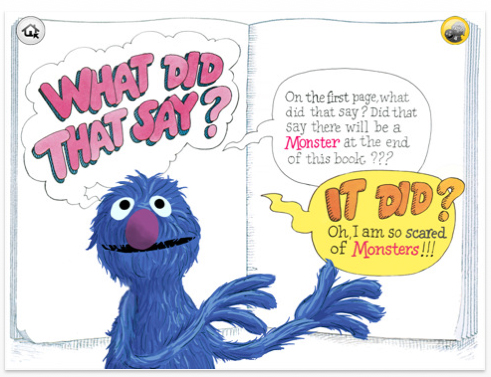 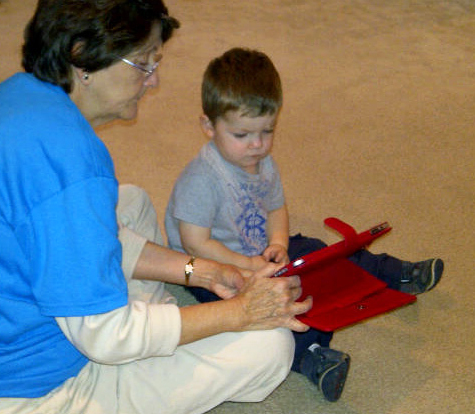 Gramms and JJ having some serious fun

Monster had JJ mesmerized the first time through, interacting and pressing the screen the second time through, and grabbing the iPad away from me the third time. Unfortunately, grabbing Daddy’s iPad means it’s “bye-bye Grover” time. Which also meant it was “JJ throwing a fit” time.

And here’s some other fun stuff…
A YouTube “preview” (very amateur) of the entire App:

Download the very meta Supernatural episode by the same name: 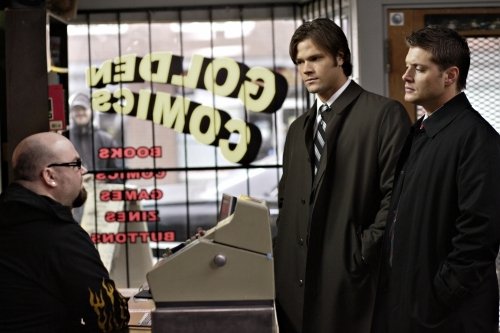