Scary for All the Wrong Reasons

Sadly, Labor Day weekend is now behind us, which means summer is over, both astronomically and emotionally. So now it’s time to pull out the Christmas decorations, buy eggnog in bulk, and start bargain hunting for Snuggies or whatever asinine infomercial piece of crap will be the go-to White Elephant gift this year.

Okay, so I’m exaggerating a teensy bit. But certainly Halloween is already being shoved down our throats. Candy corn has been on sale at CVS for a couple of weeks now, but I refuse to buy it until the month has a “-BER” at the end. My sweet tooth does have some standards.

Another sign that autumn is lurking around the corner is this frightening catalog we received in the mail recently. Not frightening in a Pinhead kind of way, but more of a Twilight meets Toddlers & Tiaras* kind of way. 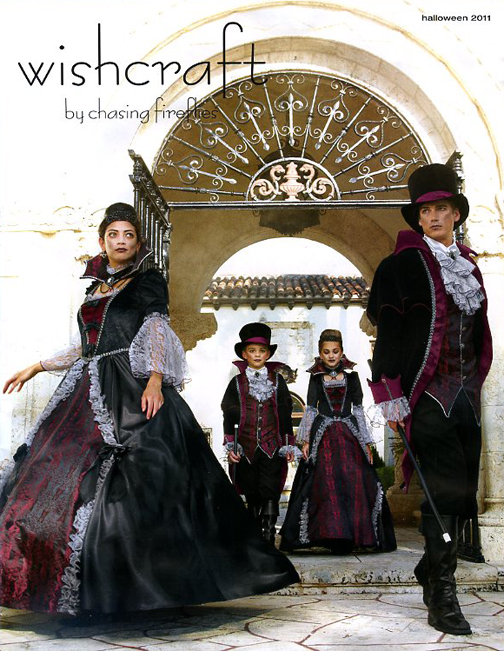 Click to take a closer look at the dolled-up vampkids.

Here’s a couple more doozies from inside the catalog: Go-go Dancer and Victorian Goth Girl, respectively. 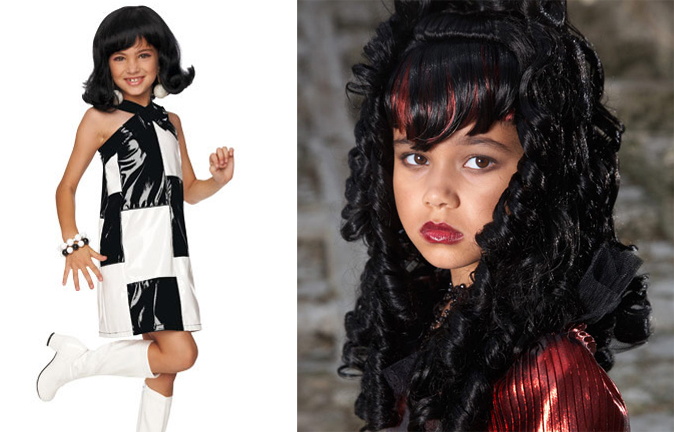 Don’t get me wrong, I’m all for little girls (and boys) dressing up however they want. Emulating grown-ups is part of being a kid. A kid playing dress up is cute; but a kid dolled-up, primped and slathered in makeup to look like a miniature adult is just icky. And it’s not just the lipstick and slinky attire that bugs me — it’s also the excessively-spoiled-rotten-Disney-Princess-makeover-party-celebrity-starved thing. But it’s mainly the lipstick.

To be fair, there are some adorable costumes in here. But in my humble opinion and limited experience, you can spend a little money (or if you’ve got the time and/or energy, be crafty) to help your kid look cute and have fun, or you can spend a lot of money to make it look like you spent a lot of money and send them careening ever faster down the grown-up aisle of the Department Store of Life. I realize girls suffer from a double-standard: when they’re dressed up like mature women it’s seen as creepier and more damaging than the male alternative. Even little boys dressing up like girls gets better press these days. However, there are a couple of odd costume choices for boys in here as well. 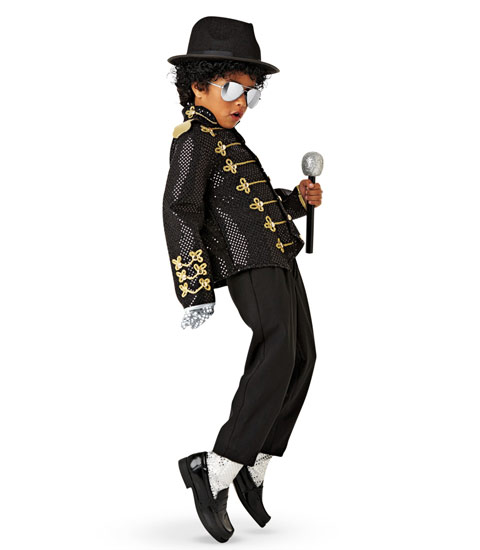 Too soon, perhaps? And wouldn’t this be akin to dressing your dog like Michael Vick?

Maybe I’m being too judgmental. Or maybe I’m just dreading the day I have to stop anthropomorphizing my poor son and buy him the $60 Jango Fett** costume he’ll be hollerin’ for.

*Full disclosure, I’ve never actually watched Toddlers & Tiaras (other than this clip), but I thought it was tacky to reference JonBenét Ramsey. But maybe people should more often, if only to keep these pageants from happening.

**Jango Fett, being from Episode II, is not a real Star Wars character. A $90 Chewbacca costume I might consider, but not for this made-up, retconned yahoo.

2 responses to “Scary for All the Wrong Reasons”