What I did at sleepaway camp… 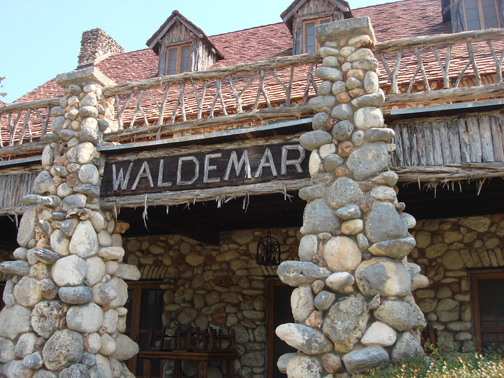 This first year and a half of being a Designer Daddy has been rough on my Designer side at times. My days end promptly at 5:30. If I work after JJ goes to bed, it’s with much effort (and even more caffeine). And my ability to get out there and mingle with other folk — designer or otherwise — has its limitations.

I certainly have come to appreciate the importance of networking — it’s not only good for my creativity, but is beneficial to my overall sanity. However, my mind, body, and creative soul are just not up for a typical design conference, where I’d be listening to the BIGGEST and HOTTEST designers in the land telling me all the boundary-breaking work they’re doing, and how they command their clients with awesome art directorial super powers.

So when I saw heard about Design Ranch, I knew it was for me. Words like “unplugged,” “hands-on,” and “intimate” were used to describe it, and sounded just about damn right. 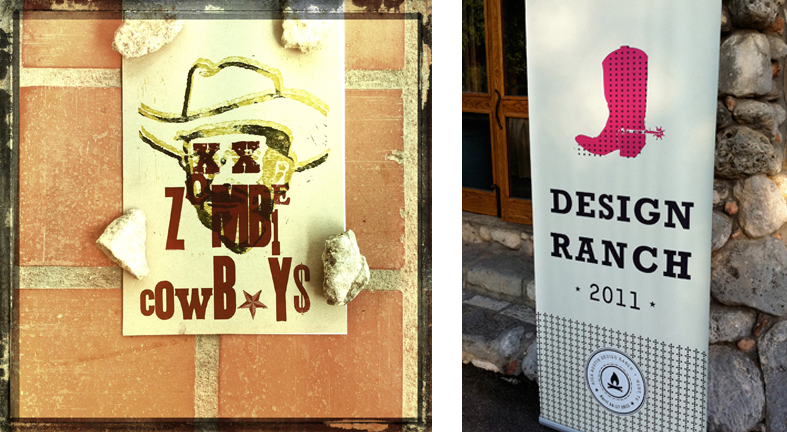 I made friendship bracelets. Printed with old-timey wood type letters. Two-stepped under the stars. Drank lots of Dr. Pepper. And beer. And margaritas. Wrote a country song. Wore boots all weekend. Took lots of cool pictures through pieces of bubble wrap, candy wrappers, and metal pipe. Sat in a wooden swing and journaled. Made a poster out of cut paper. Ate the best damn camp food I’ve ever had. Saw lots of weird bugs. Tore, cut, stomped on, rubbed dirt all over, spray painted, glued, poured coffee on and generally destroyed things. Climbed a water tower. Met some great people from Texas, Illinois, Georgia, Minnesota, New York, Virginia, Michigan, Arkansas, and Canada (and a guy it turns out I went to high school with for 2 weeks). Stuck out my tongue while drawing like I did when I was a kid.

It truly refreshed and invigorated me to unplug (I had no choice in secluded Hunt, TX) and fraternize in the open air with like-minded creative creatures. And being at The Ranch was a great equalizer. At larger conferences, I’d be lucky to get a handshake from one of the speakers, much less a decent conversation. But everyone here was accessible. Most of these folks are my peers now, so it was encouraging to talk with them — not just about work, but about life. Many have gray in their hair. Most have kids. And they all had stories to tell and listened to mine. I came away feeling hopeful, relaxed, refocused… and ready to face what’s next. Giddyup!

See my entire photo album on Flickr or Facebook. Check out the lyrics to my soon-to-be-classic country masterpiece, “My 2 Daddies (Can Beat Up Your 1)“ 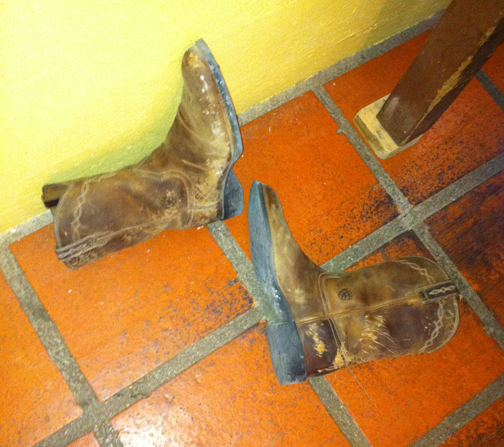 2 responses to “What I did at sleepaway camp…”