Last weekend was spent at Grams and Granddad’s, overflowing with hugs, kisses, and a big ole’ basket of Easter wonderfulness. And nestled among the plastic eggs and chocolate bunny was a litter of those eternally resilient Peeps. We haven’t given JJ a lot of sugary candy, so we knew most of them would end up in Papa’s belly (he’s an addict). But we thought we’d let JJ at least try one.

But we soon discovered — like with many other folks, myself included — Peeps give JJ the heebie-jeebies. This has been chronicled in several videos we subjected him to, two of which I’ll share here…

I posted this first video on Facebook already, but wanted to re-share it here. It was just too hilarious not to “officially” document… Notice Grams is both culprit and comforter.

And of course when JJ’s Uncle Pancake arrived, we had to recreate the scene. Disclaimer: no toddlers were permanently emotionally scarred. I hope. JJ did finally let us feed him the head of a Peep, but he still wouldn’t touch the thing.

As I alluded to above, my son and I are not alone in our suspicion of these malicious marshmallows. This is never more evident than in The Washington Post’s 5th annual Peeps Diorama Contest. While the winning diorama was for a virtuous scene (the rescue of the Chilean miners) a majority of the finalists — and my favorites — support the theory that Peeps are the most corrupt of confections. 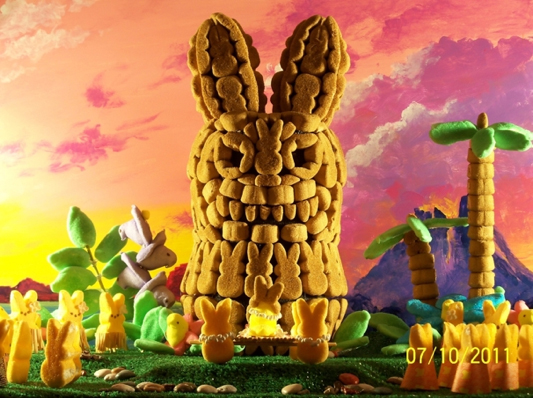 Peep-Bunn-Tiki: The Secret of Easter Island

Of the 35 runners-up, 20 portray the beady-eyed bunnies and chicks as, at best, mischievous — and at worst, murderous cannibals. Among them were dioramas depicting ritual sacrifice (my top pick, shown above), TSA agents “peeping” on unsuspecting travelers, and a factory where bunny Peeps “pluck” their chick counterparts and process them into “Split Peep” soup. There was robbery, Purgatory-bound bunnies, hoarders, zombies, Lady Gaga, and Charlie Sheen receiving a tiger blood transfusion. Sick stuff. And I love it.

But I should end on a pleasant note. JJ, being just as resilient as his spongy adversaries, was able to forgive our shenanigans, and we had a Happy Easter after all. Wait…what are you putting in my mouth?!? 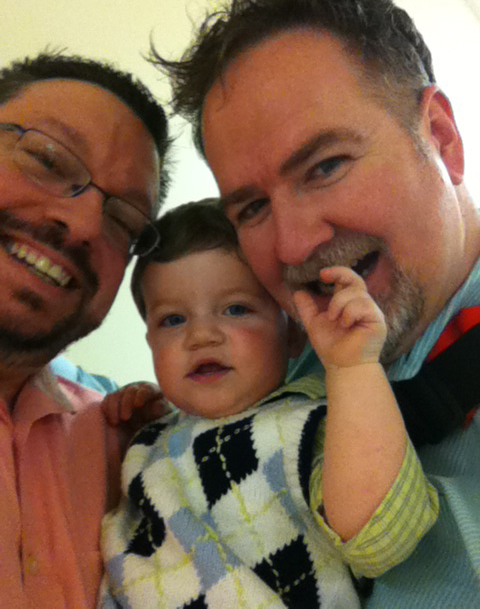