Shoot me now: The Baby Bullet

A. Putting a smiley face on a product called THE BABY BULLET doesn’t make it adorable. Or make you forget that the product has the words BABY and BULLET in it. Also poorly-named… BABY BLEND BLADE.

B. Just because you call something organic (SEVEN times in 1 infomercial) doesn’t make it so. Food is organic because of how it’s grown and fertilized, not because it’s pulverized in a plastic pod.

C. I think this “mom” had a BABY BULLET dropped on her head. Or maybe that’s just wishful thinking. 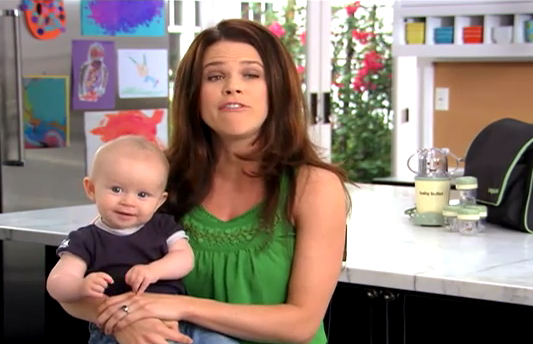 Has anyone out there actually bought this wacky gadget?