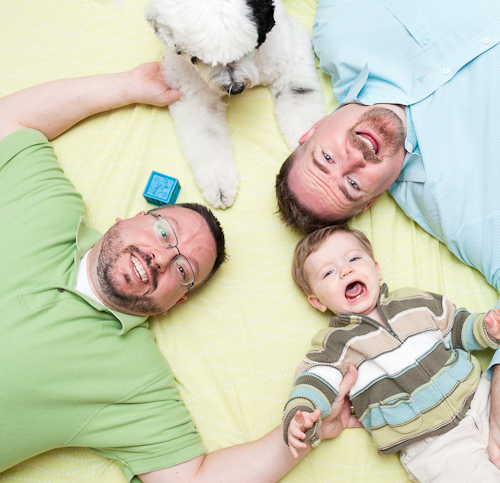 Concept 1: We seemed to have temporarily forgotten how much babies LOVE being forced to lay on their backs.

Since so many people loved last year’s Holiday card/birth announcement, I figured we should do a family photo this year as well. But it seems everyone and their dog (literally) are sending photo cards now. There are numerous online options, and the quality is getting increasingly better. However, as a designer I just couldn’t bring myself to use someone else’s template or design. Ours would have to be the most unique, the most special, EVER.

I learned quickly that my ambitions were much too high. I had discussed a couple of concepts with our photographer ahead of time. One idea (shown above) had us laying on the floor looking up at the camera. You can see how that worked out. A second idea was to have JJ sitting on our big, blue exercise ball, with Cordi’s paws up on it, and us holding JJ. Various iterations of that (failed) attempt are shown below.

Piper arrived on time at 10am, but unfortunately JJ had had a rough night and been up since 5am. So at 10 he was way past ready for a nap. And we weren’t exactly fresh as daisies either. Piper did as well as she could, shooting fast and loose – and all of us distracting, tickling, making noises – wondering all the while if even a single shot was going to be any good.

In the end, we didn’t end up with ONE good photo of all four of us. I’ll reveal the final card on Saturday, but wanted to share a few of the wackier outtakes now. 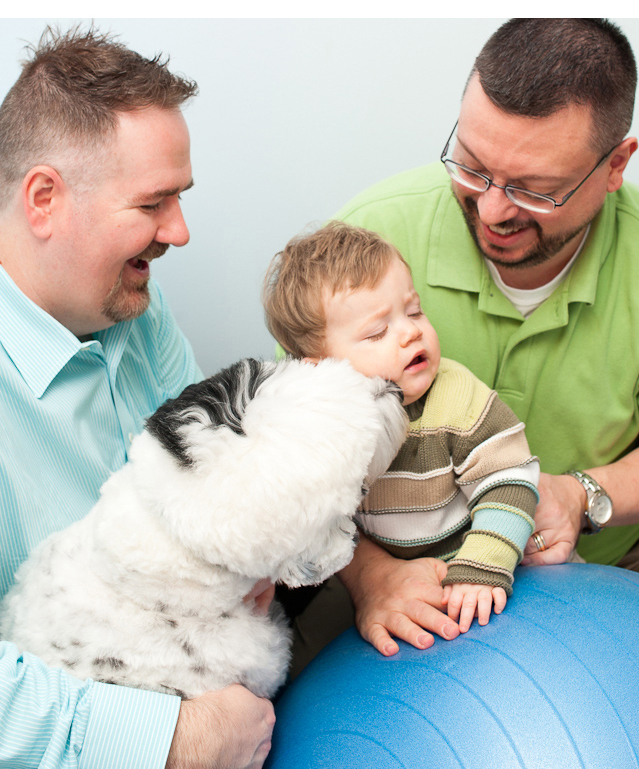 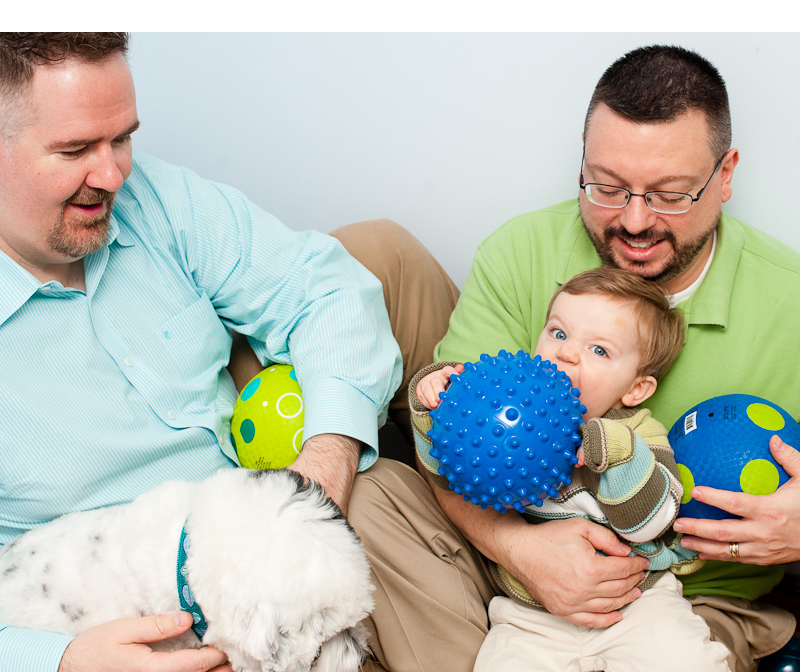 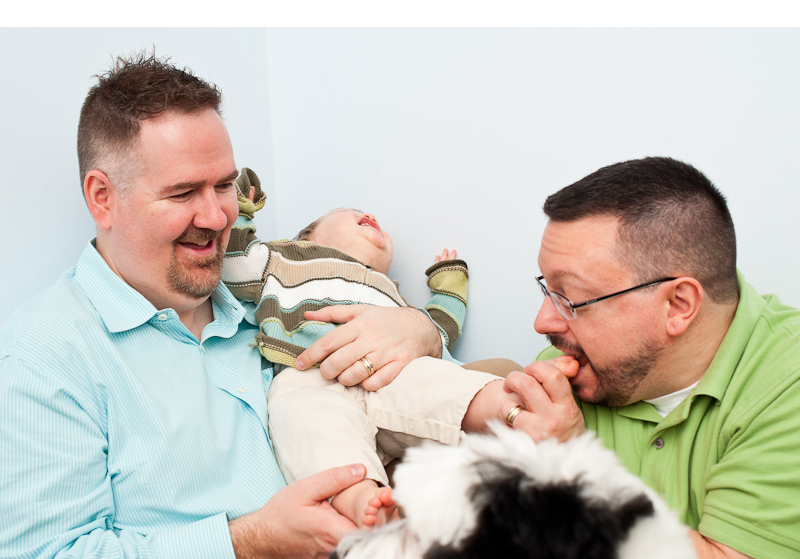 Eventually we surrendered and gave JJ some free-range baby time,
so he could work out some of his frustration. 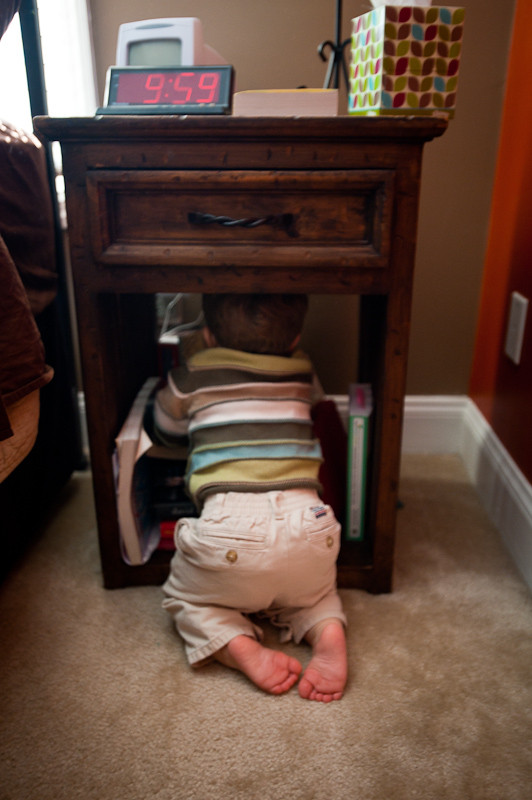 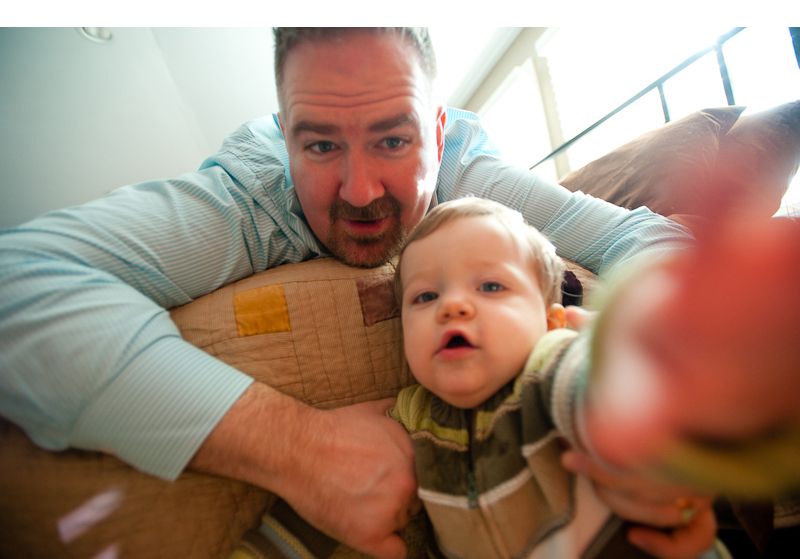 After such a stressful photo shoot, we all needed a little alone time.

Do you have any family portrait horror stories (or better yet, images) to share? Stay tuned for the final product on Christmas Day!