Since Designer Daddy has only been in existence a couple of months, this inaugural Top 10 list will be a compilation of favorite things of both mine and JJ’s. Maybe next year I’ll create separate lists. But for now enjoy figuring out which favorites belong to whom… 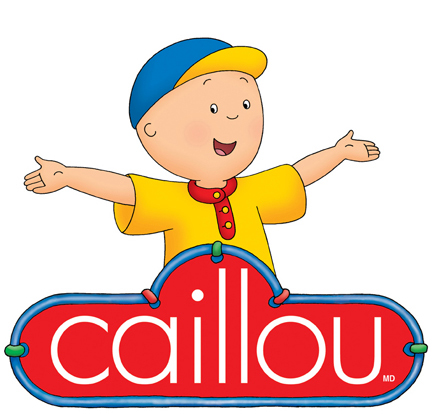 10. Caillou
Early on we discovered Sprout, one of the 2 cable channels for preschoolers (and their weary parents). JJ’s not yet a preschooler (okay, he’s technically “pre school”) but what we liked most about the channel is its high percentage of mellow shows. No transforming robots, screaming sponges, or future-rehab Disney Divas. Those will come later — when we have less control — so we want to instill zen and simplicity for as long as we can. Caillou is the best of these, in that its pace and storytelling never get too manic. The animation and color scheme leave something to be desired, but I guess it’s pretty good for Canada. 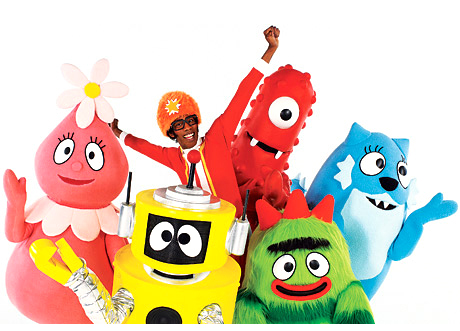 9. Yo Gabba Gabba!
The CDs, not the show (see #10 — YGG the show definitely falls in the manic category). Any cool parent worth their weight in irony is already a fan. Yo Gabba Gabba stars DJ Lance Rock (think a slightly less gay, African-American Pee-Wee Herman) and his posse of freaky, furry friends. The two CDs (Music is Awesome! Volumes 1 and 2) also feature songs by a dizzying array of hipster bands. Volume 1 is more dance-heavy, with standouts from Chromeo, of Montreal, The Shins and The Roots. My JJ’s favorite tracks include “Party in My Tummy” and “Robo Dancing” by Money Mark. Volume 2 keeps things rocking with Hot Hot Heat, MGMT and Weezer. Faves here are “Smile for the Camera” by The Apples in Stereo and a cover of Altered Images’ “Happy Birthday” by The Ting Tings. Also great is “I Love Bugs” which sounds suspiciously like LL Cool J’s “I Need Love.” We be buggin’! 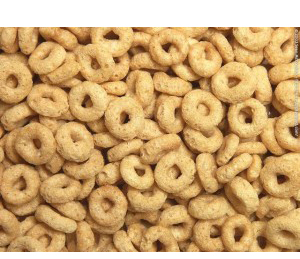 8. Cheerios
I’ve often wondered if the inventors of this breakfast classic realized they were also creating the best baby snack ever? Or that they would be the inspiration for a concept in fluid mechanics? 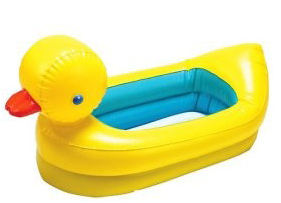 7. Rubber ducky bathtub
When JJ was at his wee-est, bath time was a wonderfully serene experience. Him reclining in his bouncy bath seat in the kitchen sink; me standing upright, staring into his baby blues (dodging the occasional pee stream). That all changed when he got too big for the sink and graduated to the tub. A.K.A. the Slippery Cauldron of Doom. We tried a larger plastic baby tub, but it was insanely easy for him to crawl (or flip) out of it. The next solution was to put down fun fishy anti-slip pads — talk about out-of-control and slippery-as-an-eel. After consulting the all-knowing interwebs, I discovered Munchin’s Duck Bathtub, which has been a godsend. It contains JJ in a tighter space, elevates him so Daddy doesn’t dislocate his spine, and even has a sensor indicating when the water’s too hot. Bonus feature: it quacks when you squeeze the bill! Serene Bath Time is still a distant memory, but at least now it’s a little less Insane Out-of-Control Bath Time.

6. Sozo footy PJs
How can something be so cool and so cozy at the same time? JJ gets a little frustrated not having a sock to pull off, but hopefully appreciates the epic cuteness of these jammers (be they Robot, Raccoon, or Monkey) as well as their zippered-up warmth. 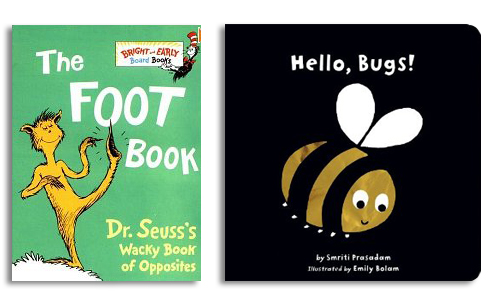 4. Tie: The Foot Book / Hello, Bugs!
These two board books have fast become JJ’s favorites obsessions. I knew I was in trouble when he crawled the length of the room, scooting The Foot Book along as he went, and then proceeded to grunt at me until I’d read the thing 4 times in a row. TFB was his top pick up until Christmas weekend at Gram’s and Granddad’s, when he began calling for Hello, Bugs! by name — BZZZZ! BZZZZ! So… my kid’s into feet and bugs. AWESOME. 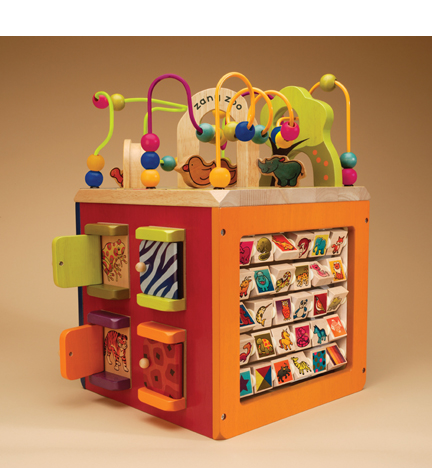 2. The Zany Zoo
JJ’s favorite toy toy. Formerly The Busy Zoo (cuz who wants a busy kid?) this is the king of the activity cubes… and it really works! It’s repeatedly JJ’s first destination upon entering the playroom. Before he learned to walk, he would just crawl around it, discovering each of its four distinct sides as if for the first time. Now that he’s upwardly mobile, his favorite thing is to knock it on its side so he can stand and play. And Designer Daddy appreciates not only the cool graphics and elaborate design, but also its cleverness. The alphabet side includes such ABC rarities as Viper, Carp, and Narwhal. Seriously… Narwhal. 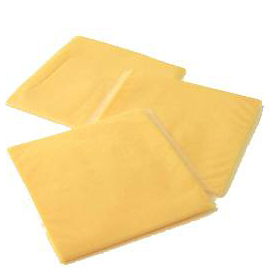 1. Cheese!
Since the dawn of time, individually-wrapped cheese slices have been the highlight of every young child’s meal. Is it the shiny yellow color not found in nature? The crinkly excitement of opening a fresh slice? Or the way it can be squooshed into any shape by dexterous toddler finger? (It also makes a nice hair pomade) Who cares? It’s cheese!

So as you reflect on 2010, what were the toys, shows, food, or thingamajigs that made your child’s (and your) life more fun and fabulous?