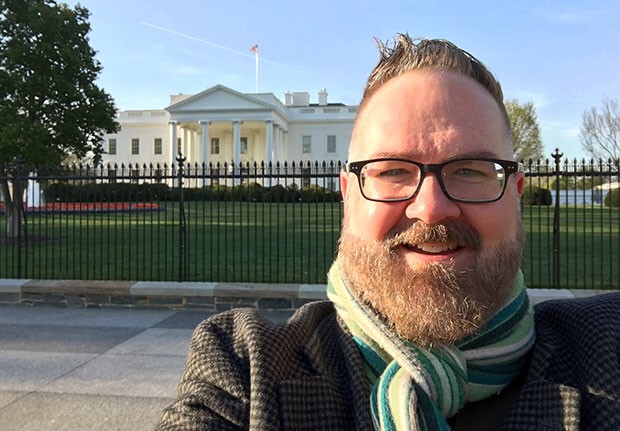 Helping our Children Explore, Learn, and Dream without Limits: Breaking Down Gender Stereotypes in Media and Toys was a day-long conference hosted by the White House Council on Women and Girls. And it was both an information and inspiration overload.

Thought-leaders, experts, and innovators from a myriad of professions gathered to present the challenges and offer solutions on ways to expand the worlds of learning and play for our kids. Panelists included authors and advocates specializing in kids and young adults; professors of psychology, sociology, media, and diversity; and those representing parents and caregivers.
.

The group I was most excited to hear was (not surprisingly) the panel of toy company executives; yet it also proved to be the most frustrating.

Four of the five companies represented have faced controversy — and made progress — related to gender stereotypes in recent years. Mattel discussed Barbie’s new line of diverse skin colors and body types; LEGO talked about their rationale behind LEGO Friends; DC Entertainment/Warner Bros. featured DC Super Hero Girls; and Disney touched on the changes to their Princess toys, as well as success and stresses surrounding Star Wars: The Force Awakens and Rey, the film’s female lead.
. 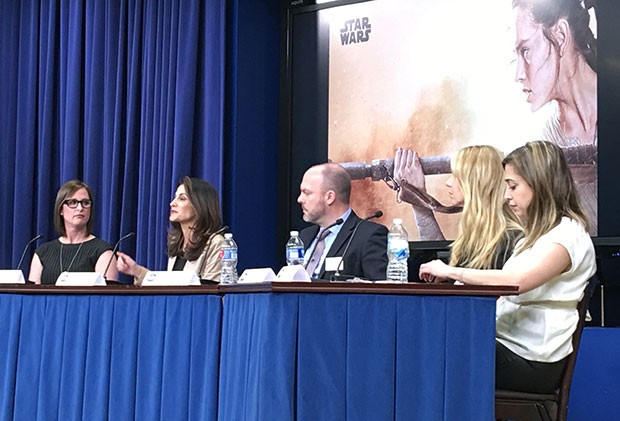 Much of this information was already familiar to me, but it was fascinating to get first hand reports from decision-makers within each toy-making titan. And I applaud the efforts they’ve made to support broader ideas about children. Yet my frustration stemmed from the words they used; or rather, the word they didn’t use.

Three of the panelists repeatedly used “mother” when referring to parents and toy buying or interacting with their kids. Not once was the word “father” used. This was from three of the largest toy manufacturers on the planet. At a conference on gender stereotypes.

The fact that well-educated, successful toy executives failed to address half of all parents speaks to the root of the problem we were all there to address. Words matter. Stereotypes matter. Inclusion matters. Perhaps it was just an oversight, but it makes me question the internal language used in each company. Are dads ever a part of the conversation? If we can’t change the thinking (and speaking) of those making and selling the toys, how can we hope to make change for our kids?

We hope and we make change because it’s part of being a parent. We can’t rely on toy companies to give us what’s best for our kids, we have to tell them what that is — with our words and with our dollars. Clearly, there is still work to be done.
. 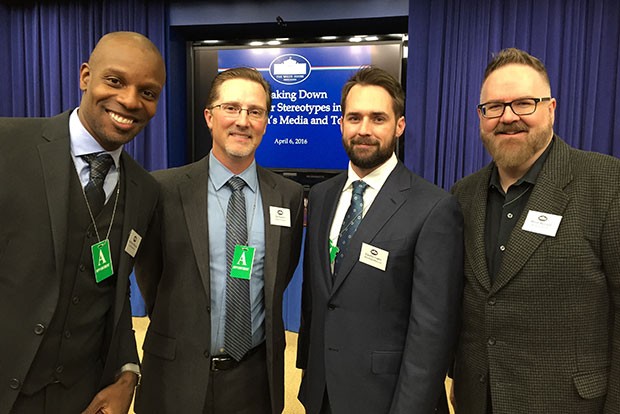 Lest you think I got hung up on “the dad thing,” there was plenty at the conference to be hopeful about.

• Valerie Jarrett, Senior Advisor to the President, spoke about how the media portrays women, and the positive effect it can have. She shared that in the first five years CSI was on the air (2000-2005), the number of women who enrolled in forensics programs doubled. She attributes this in part to the popularity of the show, which features women prominently in the forensics field.

• The fifth toy company panelist was the founder of littleBits, creator of electronic building blocks that foster creativity and invention. They are gender-neutral in both their design and marketing, and are totally amazing!

• Meredith Walker, Executive Director of Amy Poehler’s Smart Girls, talked about the organization she co-founded with lifelong BFF, Amy, and their mission of “helping young people cultivate their authentic selves.”
. 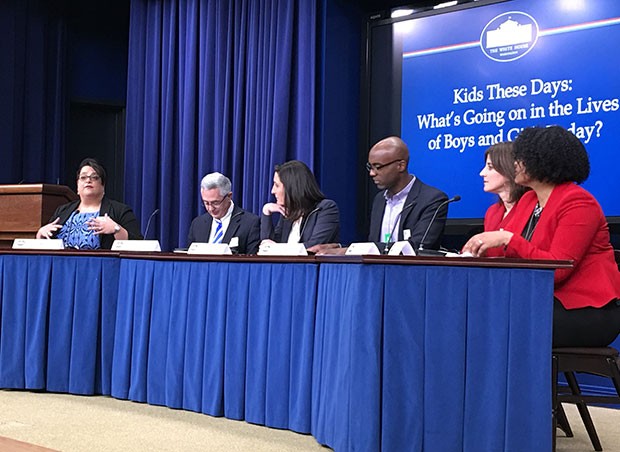 • Each panel included at least one person of color — a good reminder that children of color have to overcome stereotypes associated with their race as well as their gender. Dr. Joseph Nelson, a professor of Educational Studies at Swarthmore College, admonished that we “need to find a way to support multiple narratives.”

While the conference was the brainchild of the White House Council on Women and Girls, I was pleased to hear just as much discussion about boys and young men.

• Author Rosalind Wiseman shared insight from interviewing boys for the last few years. “Boys are more complex than we give them credit for. They may enjoy fart jokes and violent video games, but they still crave love and need relationships. Their friendships are just as important to them as they are for girls.”
. 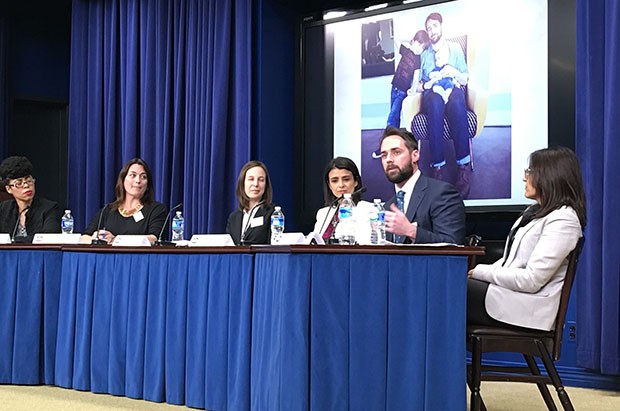 .
• Laurel Wider is the mother of a son, a psychotherapist, and founder of Wonder Crew — a line of dolls inspired by, and for, boys. The Wonder Crew dolls combine the “adventure of action figures with the emotional connection of stuffed animals.” Laurel is currently working with a writer and director from Bob the Builder to create a Wonder Crew TV series!
. 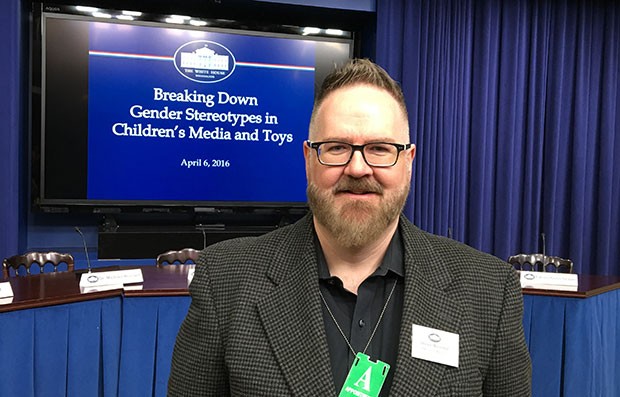 Working to keep my wits about me.

.
Lastly, in conjunction with this conference, several companies and organizations are taking steps to dismantle the stereotypes in toys and media, in order to help children better “explore, learn, and dream without limits.” See the list of participants and learn more at WhiteHouse.gov.

Does he have input on what toys you buy your children – what websites, movies, and TV shows they see? Does Dad play, read, or watch along with the kids? Does he have opinions on what your sons and daughters enjoy, experience, and aspire to?

LET ME KNOW IN THE COMMENTS. I’d love to show the toy companies that fathers do care, are involved, and should be addressed. I believe it can only lead to better conversations, more thoughtfully made and marketed toys and media, and ultimately — happier, healthier kids.

A huge thanks to Jess Weiner, organizer of the event and the one who got me on the list! #ChangeIsaWeThing

7 responses to “Back to the White House: Discussing Gender Stereotypes in Media & Toys”