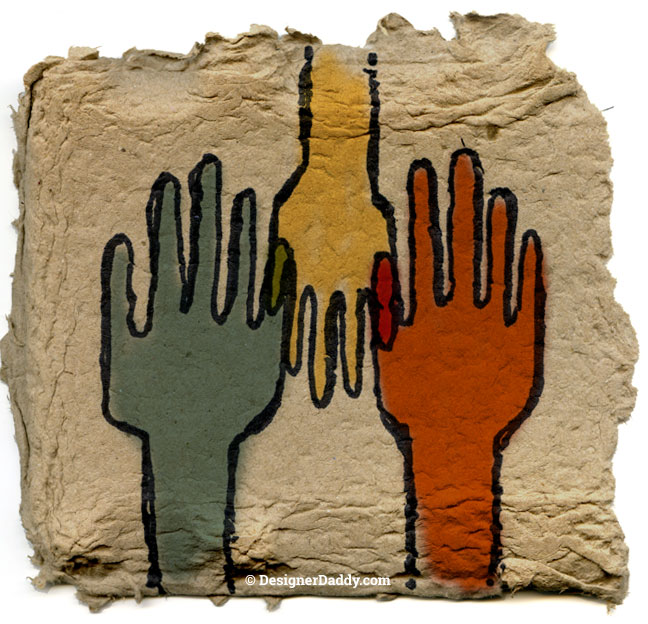 I had seen the headlines — about a couple “returning” their adopted son after 9 years — yet had steered completely clear of reading it.

But then a friend messaged me the link to one of the articles. “Have you seen this? So awful.” was all he said. No shit. That’s why I’d been avoiding it. More sensationalist fodder to fuel the 24-hour-news-cycle hyperbole machine. Another emotional train wreck that so many somehow never grow tired of rubbernecking at.

Do you know who doesn’t stop to stare at train wrecks? People who’ve actually been in a train wreck.

As an adoptive parent, I avoided this story the same way I’d avoided the reality series The Baby Wait. This show (from the creators of Teen Mom, 16 & Pregnant, and Jersey Shore…yikes) followed adoptive parents during the revocation period — the time after a child is born when the birthmother can change her mind and terminate the adoption. Sure it shed some light on open adoptions (like ours is) and even featured several same-sex couples. Nonetheless, those pluses were overshadowed by the fact this was a show capitalizing on loss and rejection. Before JJ came into our lives, we had experienced such an ordeal. Why would we want to relive it in any form ever again?

So yeah, I wasn’t reading any story about adoptive parents abandoning their child. I had my own life and adopted child to worry about. And not abandon.

Then later I saw my friend had posted the article on Facebook, and realized that he had written it. With a mix of courtesy and curiosity, I gave in and read it. Here are the miserable highlights:

Cleveland and Lisa Cox adopted their son when he was three months old. Now he’s 9 years old, displaying some aggressive behavior, and is reported to have threatened other family members with a knife. The Cox’s took their son to their local Ohio children services, leaving the state to deal with him. A judge is considering charging the parents with reckless abandonment, for which they could face 6 months of jail time and a $1,000 fine. The parents apparently were frustrated that the boy would not agree to get help for his behavioral issues. The couple took their 2 other children and left the area for a couple of days, then turned themselves in on Friday. The Cox’s will appear in Juvenile Court November 27 to address their request to terminate parental rights.

I’m sure there are details the public isn’t privy to. And I’m not here to pile on more judgement and vitriol (although the temptation is very strong).

So why write about it? Because by all appearances, these two were not meant to be this boy’s parents, and are — by their own admission — unfit to be so. But more importantly, now there’s a 9 year-old boy with likely behavioral problems, stuck in the foster care system. Those are not the kinds of kids that get adopted (again) quickly. Or oftentimes, at all.

My hope is that the more this story gets out — sad, dramatic details and all — the more quickly this boy will find his true and permanent home. Whether it’s a new family with the patience and strength to love and support him unconditionally; or by some miracle, the Cox’s, repentant and willing to do everything it takes to get help for themselves and their son.

As with the vast majority of any honest parents, my child has made me want to yank out my (remaining) hair many times, but I’ve never even pondered “giving him back.” What does that even mean? I don’t sit around thinking about him being adopted, even when I’m angry and frustrated and at my wit’s end. I know JJ is right where he belongs. We’re far from a perfect family, yet he’s mine & Papa’s and we’re his — a forever family. My son has brought so much life to my life, and I could never imagine returning to a time without him.